Crawling In The Dark (X Anniversary Edit) by Freakangel

More than 10 years ago, Estonian band Freakangel released their debut album “The Faults Of Humanity” on Alfa Matrix and initiated an astounding ascension towards the top of the dark aggrotech industrial scene, each time enlarging their army of followers from hard elektroheads to metal headbangers.

With 4 studio albums (plus multiple related singles, EP’s & DVD’s) under the belt and countless live tours and hi-energy festival appearances, Dmitry Darling and his gang of villains did not only decide to return to port at Alfa Matrix land, but also took the challenge of celebrating the reunion and their 10th anniversary of existence by fully rerecording five songs from their debut album in a totally revamped and restyled manner. The “X anniversary” concept was born!

Through these five FREAKANGEL classi-X songs (all selected via a top-5 polling amongst the fans, including the ultimate hits “My Darling Bullet” and “Gods Blind Game”), the band simply demonstrates how much FREAKANGEL gained in force, power, anger and production skills in the last 10 fxxking years! The vocal rage became simply more explicit without hiding behind walls of FX, the perfect balance between machines, guitars and live drums reveal more than ever the subliminal energy and deviant core depth of these exceptional songs.

Incisive and poisonous, elegant and melodic, noir and heavy, vicious and venomous, FREAKANGEL loop here the loop at the top of their form, reaching the ultimate equilibrium between industrial metal and dark electro, and wetting our appetite for the announced 5th studio album on Alfa Matrix.

A very original initiative that inspires respect rather than taking the easy-road of an easy and simple “remastered edition or best-of release”… And this is how once again FREAKANGEL make the difference and stand out from the crowd… Le roi est mort – vive le roi! 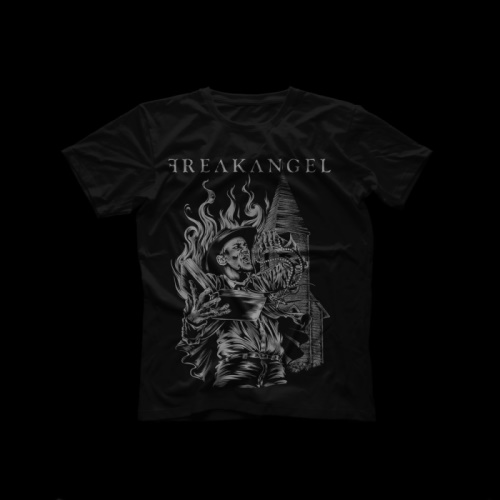 Preacher! We Have A Church To Burn! T-Shirt from Freakangel 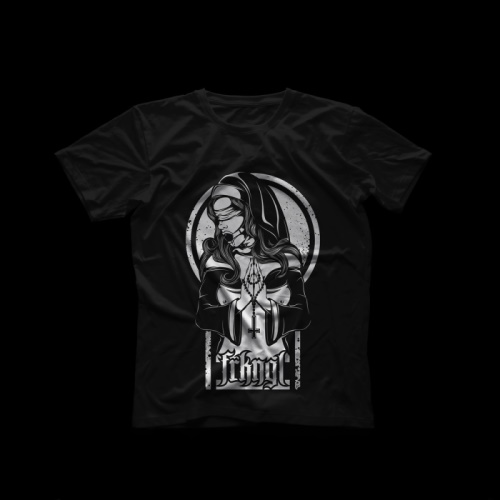 The Fallen Nun T-shirt from Freakangel 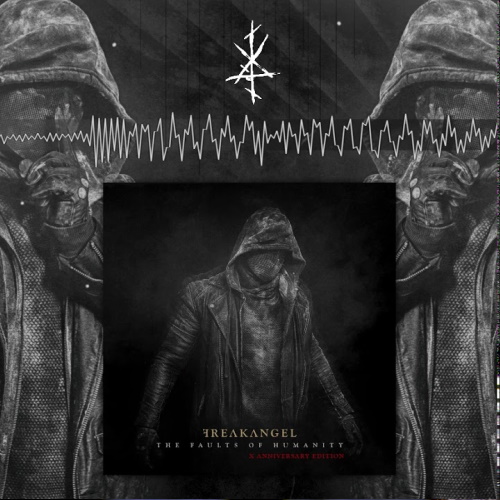