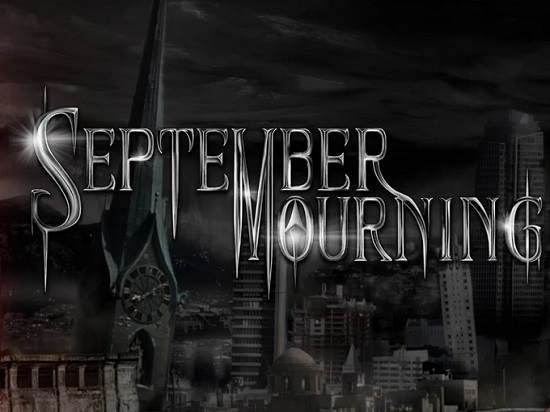 September Mourning strived to achieve a goal with Kickstarter and met it. The massive support from their fan base has shown when it mattered most. The band aimed to generate 10 thousand dollars and reached $20,678 in US dollars.

The goal was to bring the magical dark world of September Mourning from the hauntingly beautiful music into the amazing visuals of Top Cow Comics. CEO Marc Silvestri of Top Cow has been one of the main supporters in seeing the musical creation come to life in the form of a graphic novel. His legendary skills at artistry have earned him a ton of acclaim from the comic book world and his contributions in graphic novels.

The story has been cultivated from the band and the input of writer Mariah McCourt. Mariah has written graphic novels for True Blood, Emily And The Strangers, and has been an editor for IDW Publishing and Vertigo Comics. Her efforts have had her join forces in the past with timeless writers Anne Rice, Neil Gaiman, and George R.R. Martin. Everything she has worked on has shown a depth of thought and guidance that have paid proper tribute to the works they were based off of.

To round out the cast in the Top Cow team is Sumeyye Kesgin. She has been involved with many projects with multiple comic book entities and has been one of the key people in the stunning art in the Rise Of The Magi series.

This all female lineup of talented artists have found a ton of potential in September Mourning and are striving to make this a lasting project that will give a special light to the band and the insight to their vision of their world. It all began with a fictional character named September that is represented by the gifted lead singer of September Mourning and not is leaping into a new medium.

To help out a band like September Mourning in this new direction shows the dedication of their fans and the support they have always had. The graphical expression of September and her world is about to begin and this is your chance to be a part of it as it starts to take shape.