September Mourning, A World Within The Music 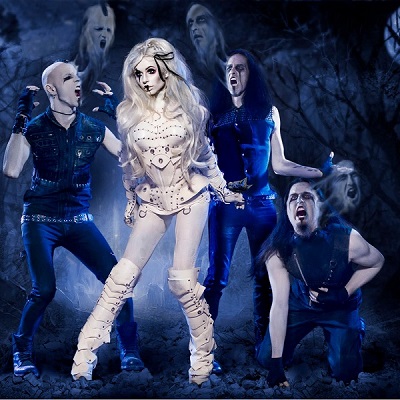 Every artist in the music world has a checklist that they strive to meet in their development. Some bands have a simple list with the end result being that they want to be heard and others have a longer list where their music is a part of their lives. September Mourning has a list that will never be met. They have created a stunning presentation in their music, appearance, and style that brings the listeners into a special world that the band has created. This world is that of the darker fairytale themed creation where the character September Mourning is the centerpiece. She is they symbolization of life, death, and the duality that both contrasts have in each other.

This world that September Mourning has created is much like the graphic novels that have enticed adults and teens alike. The stories in these book bound comics have epic qualities that have inspired movies, clothing, merchandise, and countless to dream of worlds beyond their mortal eyes. September Mourning has taken this magic of the Graphic Novels and given it a breath of life in the music they create and in the representation that the lead singer, September, gives in all respects.

People envision that life would be presented with music that is swooning and soothing to the beating heart. Life is hard. The world is taught that life is a dream where we all go to Heaven, Hell, or some other afterlife. Many times people never realize that life is a series of challenges that force them to either grow as people or perish in the flames of failure. September Mourning present a style that is part of the Symphonic Metal world with the hard instrumentations and sweet female vocals. Unlike other Symphonic Metal artists that strive to have vocals fitting to an opera, this band strives for vocals that show the beauty hidden within the aggression of Metal. It is this softer side within the strong chords that has shown the biggest symbolization in life. Life is hard, but it is worth fighting for when what you are fighting for is from the heart.