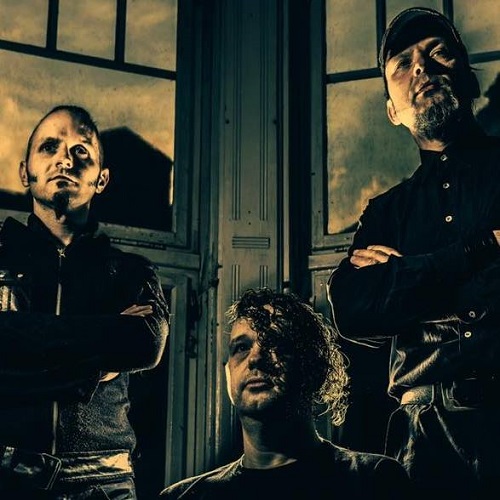 Y-Luk-O released their debut album back in 2001 on the Frankfurt-based label Sonic-X after they produced a three-track demo in 1999/2000. This CD attracted much attention with media and audience as well as colleagues of other bands. Already one year later, in 2002, the band releases with “Kerion Celsi” the second album. Originally planned to be a remix-album, the band’s creative output had been so immense, that a full-length album with only three remixes was released. On that artists of Front242, In the nursery and Kirlian Camera showed their respect and support for the work of the band.

The year 2003 saw the first German Tour of Y-LUK-O with Kiew. The band impressively demonstrated their great live capabilities by a multimedia show with video projections, live drummers and performers and was able to gain a further fan base among the fascinated audience. After the release of “Kerion Celsi” in the USA in summer 2004, the band toured the whole USA in November / December 2004 with great success and had been celebrated enthusiastically!

The year 2005 Y-Luk-O made two releases, in April 2005 the full-length album “Elektrizitätswerk” followed by the EP “Resistance” in November. Both releases had been a success for the band and a big gain of reputation.

After a creative break Y-Luk-O finished the fifth studio release called “Sin(n)“ after a production period of more than one year.Y-Luk-O explored new paths of Industrial-Pop with their fifth studio album “Sin(n)” and surprises with more brilliant melodies and possibly the most honest and direct sound in their seven year history. Celli, violins and acoustic guitars have made their way into Y-Luk-O’s compositions as one of the most classical electronic instruments – the Theremin, whose sound has brought fear into the hearts of generations of Hitchcock lovers.

Y-Luk-O’s album “Sin(n)” deals on one hand with the dark and inevitable edges of the human soul and inter-individual relationships as well as philosophical considerations. On the other hand there are the secret and forbidden yearnings of man as well as recent social conflicts. For the first time in the band history the band covered songs from famous other bands - namely INXS, Rolling Stones and Pink Floyd!

Harsh, merciless and critical, like their lyrics, the edgy and memorable sound leaves deep tracks in the memory of the listener. It will leave no doubt.