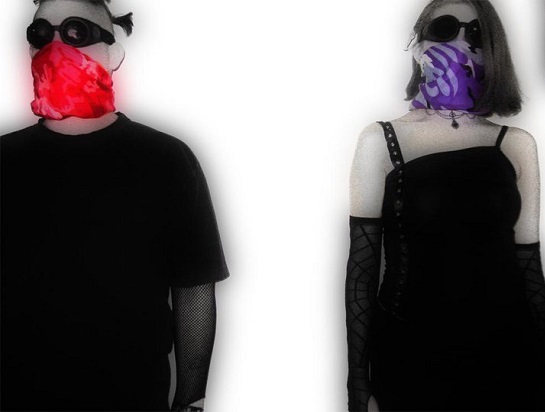 Whore is the creation of a certain Jim Wicked and Dez Wicked both of whom previously did work for musical projects such as The Divine Chemical (voted number 1 industrial band in Nevada by musicmates.com) as well as stints with Sleep Now Yes and Another Liquid Ramble. After many years of introspection, misdirection, and self-destruction, Mr. and Mrs. Wicked have returned with a new project of music that attempts to tackle head-on the demons which haunt the very nature of existence in a combative environment of layered industrial rhythms, heavily distorted guitars, synthetic soundscapes, and pleas to a God which has long ago turned it's back on the human species.


Whore is based out of the land of no hope: Las Vegas, NV. Creation and production takes place within the confines of the Whorehouse, Mr. and Mrs. Wicked's synthesizer-heavy personal production studio where they have recorded, mixed, and/or mastered not only the works of Whore, but of Muggle Death Camp, All Things Invisible, and remixes for such acts as Lucid Dementia and Saturday Night Villain. Because of the capabilities of the Whorehouse, Whore is remarkable in its ability to be musically self-sufficient.


Whore will soon be releasing their self-titled debut album on DSBP Records. Whore also has a series of live shows in the works that reach beyond the imaginations of its viewers and demonstrate the true fear-inducing vision of Whore.