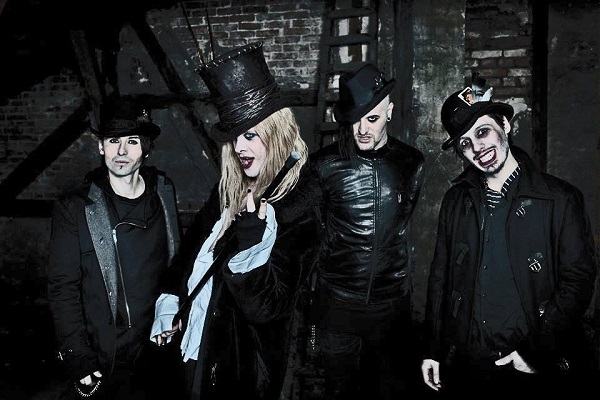 Originally derived Kris Vlad (vocals), D. Vlad (bass), Gregor Friday (guitar) and Cosmo Cadar (drums) from Italy, Australia and Romania - together they have found finally in the German capital. In the last and this year they toured with bands such as fornication, hematoma and steel man by all German cities and enjoyed great popularity and a steadily growing fan base.

2014 was an exciting and successful year for Vlad In Tears. After they had played some shows with fornication beginning of the year, guitarist Gregor pushed newly added to the band. The first headliner gig in this new - and perfect - constellation they played in the market 17 in Hückelhoven, which was a great success. In the summer we went for Kris, Dario, Gregory and Cosmo then on a kind of home leave. Vlad In Tears returned to Kris' and Dario's Italian hometown Cassino to play as a headliner on the Multietnica Festival. The highlight for the band and fans had to wait until August to be. On 08/22/2014 finally saw the long-awaited fourth studio album of the band into the world: Vlad In Tears. This was followed by some release concerts before the boys spontaneously had the opportunity in October, Mono Inc. to Support on their The Clock Ticks On tour. Then Vlad In Tears rose up to conquer the UK and played among others in Glasgow and Liverpool.

With their latest release Vlad In Tears beat a direction that produces the perfect balance of dark rock and metal elements and managed so that - despite the not audible influences of Korn and Marilyn Manson - something new. Songs like "Feed On Me" and "Burning Bright" to go with their fast-paced riffs straight forward and ensure with Kris Vlad rough but incredibly melodic singing for real earworm quality.

Vlad In Tears have a recognition factor and a potential that they still very far will bring.