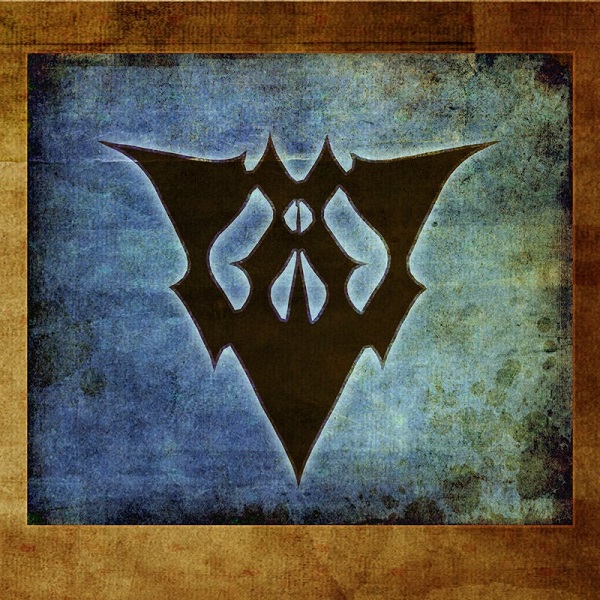 Veil of Thorns… Veil of Thorns…I remember when Veil of Thorns came to my city – the Great, the old, the terrible city of unnumbered crimes. I had heard of them, and of the impelling fascination and allurement of their revelations. I burned with eagerness to explore their innermost secrets.

I had sought out all their known recordings: the tapes, highly guarded, widely hunted, every compilation and the albums whose very names hinted at what experience was to unfold upon their listening. I had been ravished into transports of ecstasy by these dissonances of exquisite morbidity and cacodaemonical ghastliness. Yet my craving was unassuaged! The "Lust Beyond Flesh" 7" single, a treasure dearly bought from a shady character with glowing red eyes at midnight on a full moon remains one possession I rarely talk about, lest unsavoury character creep from the shadows to take possession of this dark audio sigil for the power it grants.

To great expense of time, money and favours best left undefined I kept on top of news and speculation about the Veil of Thorns enigma. In moments of clarity I would wish to free myself from the influence of these dark expressions, but I would always come back to my collections of prised artefacts, the strange words that were like transmissions from a dystopian alternate universe that intersects our own at points of mystery. One piece of news would seal me to the Veil of Thorns current forever. It was rumoured that they were about to bring forth a new full length CD, and I trembled with insane lust at the very thought of the possibility.

From my arcane and unwholesome researches I had determined that Veil of Thorns was the work of mainly one man, if a mortal man he truly was, yet he had recourse to mechanical slaves, strange instruments of metal and electricity known as Pandora and Ruddy Bitch, which had the power to the muffled and maddening beating if drums and thin whine of blasphemous flutes inconceivable, unlighted chambers beyond time. This man, who was known by the deceptively human name of P. Emerson Williams and whose very existence in this universe has ever been in dispute. Tales proliferate around this individual, speculation that taxes the imagination, flowering rumours of his dwelling outside space and time. Every person known to be connected with this demon in human form has been beset by madness and disaster. Those who dare speak may point to the few who survive his acquaintance who to all appearances retain the manner of sanity and ascend to massive power. The less said about the appetites of these few individuals the better.

It was even whispered furtively in some circles that Williams had dared to perpetuate certain rituals under the name of Choronzon in which the waking world and the Abyss were poured into one another. I knew that indulging this fascination was an ill-advised pursuit, but I had severed too many connections to my former life through my pursuit of arcane knowledge and numinous but diabolical experiences to turn back.

It was with a growing anxiety that I entered the dark subterranean halls where freaks and, it seemed, mad demons would gather for the most unsavoury performances. I was determined to find someone, anyone who could give me information that could confirm these latest reports and perhaps I could work my way into the unholy inner circle who are privileged to attend the mythic conjurations that Veil of Thorns perform. My inquiries caused even the most depraved and unapproachable of these denizens of distant and dark corners of society and morality to shrink from me. As I passed one particular group that was assembled furtively in the darkest corner of the most infamous and exclusive of these nocturnal gathering spots, I overheard snatches of conversations about arcane subjects which, though obviously fuelled in large part by fantasy and bravado, showed some knowledge of hidden things. I decided to approach the most forbidding and vocal of the group.

The manner of this imposing black clad character was at first bemused and slightly mocking as I began to lay out my case. He’d answer my initial questions about mystical rites and occult matters in a deep and gravely voice that may have issued forth from the very mouth of hell. Through a quick succession of questions it was clear that this young man was practiced in the arts of necromancy, the conjuring of all manner of Demons and other unclean spirits and the amused glances he shot the group between answers made it clear that these were subjects with which he felt at home. The change in the manner of all in the group when I moved to my main topic was most jarring in its contrast to the knowing and mocking aspect it had had thus far.

The young man with the deep voice seemed to actually shrink in size at the first mention of Veil of Thorns and the assembled dwellers on twilights door stepped back several feet and they huddled together as though they were threatened by something more terrible than the most foul of those creatures of Hell they had told of conjuring and commanding with such swaggering braggadocio. The young man began stammering prevaricating obsequies and diversionary asides to inconsequential works of popular nonentities in a voice that gradually increased in volume as it rose to a shrill falsetto that eventually trailed off into a gibbering whimper. His compatriots grabbed the boy as he continued to grow ever more hysterical and started to head for the door. Clearly they knew, even while they could not handle this harrowing knowledge. I followed them and persisted. I used my full arsenal of reason, persuasion, bribery, threats and finally, a promise to use my not inconsiderable skill in mesmerism to help them forget once they directed me to the infernal realms of sound and blasphemous delight I sought as only veil of Thorns could deliver.

In a dank alley at the heart of this mouldering and evil city, huddled against the chill of the night under the gibbous moon we struck this final deal. Now, armed with the knowledge of how to enter the presence of the entity know as Veil of Thorns I make my plans to make that final descent. I shall be bound to the end of time, strewn about like gravel, blown like glass. I am to be witness to the first stage of the Manifestation Objective, may it was never loosen its grip on my condemned soul. Heading back home following the conclusion of this infernal bargain I can see recognition in the faces in the street when looks of revulsion contort their habitual blandness, their mask of belonging. The scent of decomposition lingers just beyond my sense of smell. The Veil blinds my eyes – chokes my cries, as evermore I will rage voicelessly at the Birthing Moon. I can't stop laughing at the beauty of drowning, as my consciousness draws in and winds down.