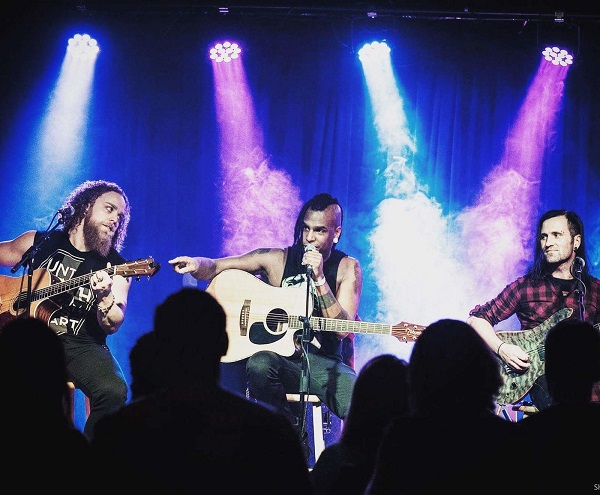 The debut album was followed by the highly successful release of "The Gregoraveian EP," a four-track CD-EP with rave/industrial tracks that soon found their ways to the clubs and dance floors across Europe. The track "Razorbath" especially got a lot of club play.

Singer Crispin Earl says, “I decided to do this cover not only because everyone in The Veer Union are huge fans of Linkin Park and wanted to honor Chester Bennington and his immense contribution to the world with his voice and music, but on a personal level I have also struggled with depression which I have written about and talked openly about for years. The song 'Numb' has always spoken to me on very personal level and all I can hope is that we did some justice to it, to pay homage to Chester. It was a tremendous loss, and he will live in our hearts and souls forever."

TVU released their first independent album titled “Time To Break The Spell” in 2006 under the name Veer. The band quickly gained notoriety after winning a spot in the CFOX 99.3 Vancouver "Seeds" radio competition in 2007. In 2008 the band updated their name to The Veer Union and landed a record deal with Universal Records. The critically acclaimed 1st single "Seasons" charted Top 10 at Active Rock Radio in the US and Canada. 2009 saw the release of their Universal distributed album "Against The Grain", which included "Seasons", "Youth of Yesterday", and "Darker Side of Me". In 2012 the band released their self-produced 3rd album (the 2nd as The Veer Union) "Divide the Blackened Sky" which yielded the Active Rock hit "Bitter End". In late 2013 TVU released the "Life Support, Vol. 1" EP as part of a Kickstarter campaign.

In 2016 released the 4th full length LP “Decade” to commemorate the 10th anniversary of their 1st release. With the success of the album “Decade” and the single “Defying Gravity” – which chronicles Earl's battle with depression, the band is continuing down that same road of success by now releasing “Decade 2: Rock & Acoustic”. The album will be released on Crispin's own Rock Shop Entertainment label (RSE) on August 31st, 2018. An extensive touring schedule commences just before the "Decade 2" release in late August and will continue throughout the rest of 2018 into 2019.