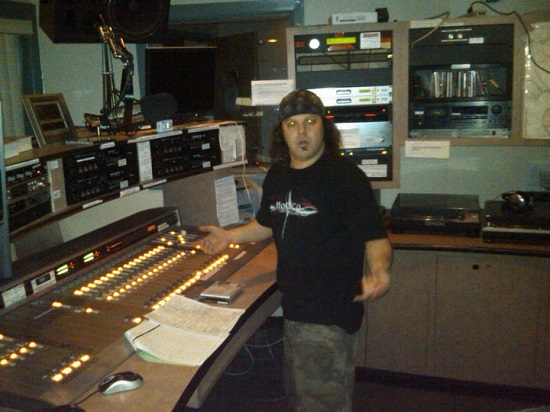 Tommy T. Rapisardi is involved in almost every area of the music world. He is the key part to the label DSBP Records and the front man to Diverje. Both of which have had a massive and lasting impact in EBM, Electro-Industrial, Industrial Rock, Industrial Metal, EBM, Agrotech, and many other genres. What many of his loyal fans already know is that he is also a gifted DJ that has been the drive force behind Cyberage Radio.

Tommy has shown that his main focus in the music is that it is a huge part of the passion that fuels his soul. There are a rare few that show that the music in the world is a part of who they are and he is one of the icon of this stand point. Tommy is someone that has devoted so much of his life to the music and it has shown in the quality of his shows, the reputation of his label, and the appeal that his band has in the music world. Many gravitate to him and to all that he has done. If the darker side of music has foundation stones, then Tommy is one of them.