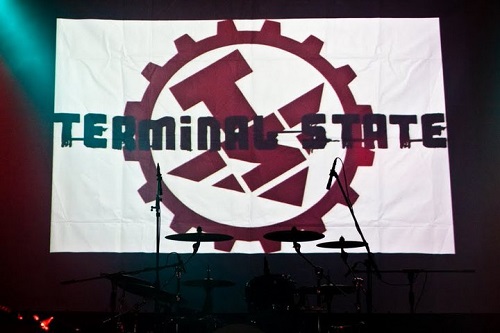 Community of three changed to the Terminal State sometimes in 1992. This was a good time. We started to discover electronic music especially Front Line Assembly, Front242 and others. First band nature band members were C.H. and bin@ry runner. We bought a new gear and recorded first songs ever in studio. recording took place at AD Micro studio as first digital take. It was amazing experience, but only two songs were recorded... (Cyberfaith, Further to light). We spend much time and money for that but result was not expected. Afterwards, we started to prepare first serious album. Unline Codes was found later in 2000 It was first official release.

Tracklist: Luc Cipher.. X-Riders.. Alien World.. Under Control.. Reset your mind (Suborbital mix).. Land.. Swift For the dark.. Empty Life.. Mission.. Toxicity All thanks goes to Ryby and his team to excellent support on this release.

I was exhausted from this electro style and tried to find someone to cooperate on other styles. Bo2Do is a next person who touched TS. We formed a FLOAT project, based on dark atmospheres, metal sounds and noises. Good change for my exploded mind. There were two live gigs with this project. In a Presov and Trnava (both in Slovakia) No official release was created after this time from Float project.

Now, the highest priority is the new double CD - Synthetic Red River vs. Strange Horizons, we hope to accomplish this heavy and exhaustive task soon...