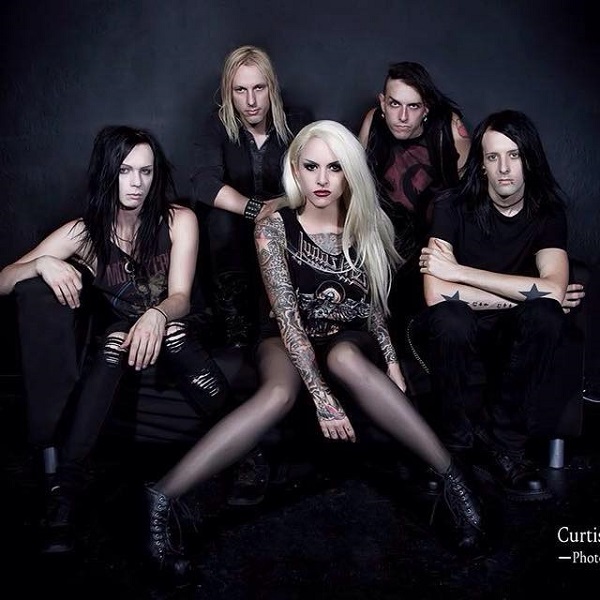 New music is just beyond the horizon...

The Halloween 2015 tour will premier songs live that are not yet released and will be on the upcoming full length record.

Songs from the last EP "Skeleton Key" are currently in rotation on over 60 stations. Revolver magazine premiered the video for "Grave" & "Frankenstein" from the record.

Mixi has been featured and interviewed in 3 issues of Revolver Magazine’s Hottest Chicks in Hard Rock as well as interviews in Alternative Press magazine.

With Warped Tour, SXSW and over 300 US shows under their belt, the aggressive drive behind this band is tantamount to their ultimate goal of universal conquest. A violent cacophony of fiery charged emotions makes this a dangerously volatile maniacal machine that commands your attention.

Stitched Up Heart’s passion explodes in an uproar of crunchy guitars, haunting melodies, driving rhythms and anthemic songs. Furious and ultimately rapturous performances led by singer extraordinaire, Mixi, have captivated fans across the nation and around the world. Baron Reventón even christened the band: ‘attention deficit gratification’.