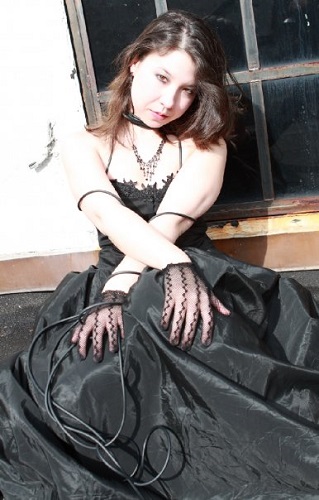 The American soprano, Sarah M. Newman (aka Sarah Mariko), was born in 1984 and studied voice at the Juilliard School and the Manhattan School of Music in New York City.

Her repertoire ranges from early music to classical song and opera, all the way to contemporary music and American musical theater.

In the vein of early music, she sings and plays vielle with the ensemble ..Estampie.. and is one of the founding members of ..VocaMe.., an ensemble with whom she devotes herself to the music of Kassia who is known as one of the very first female composers, and most recently the music of Hildegard von Bingen with their critically acclaimed album Inspiration: Hildegard von Bingen-Lieder und Visionen.

On the opera and concert stage, Sarah M. Newman has appeared in various productions including Mozart’s Le Nozze di Figaro and Die Zauberflöte, Bernstein’s Candide, Floyd’s Susannah and as a soloist with the Munich Bach Choir. She is also a member of the Munich Philharmonic Choir.. and in December 2012 was the soprano soloist for the third ever Bulgarian performance of Bach's Christmas Oratorio in Sofia.

Sarah has also lent her vocal and instrumental talents to the soundtrack of the adventure game Das Schwarze Auge: Satinav's Ketten.

Under the name “Mariko”, she performed for almost 5 years as the lead singer and violinist of the neo-medieval group ..Unto Ashes.. and with them recorded 2 full length albums. She is also now a member of the medieval pop band ..QNTAL.. as a violinist and background singer.

Member of German Early Music Ensemble Estampie
New album "Secrets of the North" which was released on January 18th, 2013

Lead singer of the Gothic Band Unto Ashes(Projekt/Pandaimonium)

Sarah Mariko is available for hire as a studio musician, event singer (weddings, funerals, national anthems), and other freelance work. She is very committed and learns music quickly and efficiently. She is also very flexible when it comes to style or interpretation. If you are interested, please contact her through Facebook.