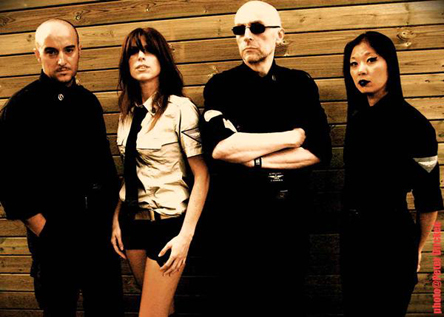 In 1979, Angelo Bergamini founded a musical project that 1980 would become known as Kirlian Camera. Over the next three decades the band would create a road through the music world where they would release a massive list of albums that touched many genres of music. Their music is a vibrant experience of exploration in what the many facets of music can offer when the music conductor is willing to dream.

To label Kirlian Camera into a genre would be a dire insult. They have shown that their mastery of the music tastes is one that has no boundaries. Some songs embrace a more acoustic and folklore feel to the melody. Others songs have a more electronic feel with a somber tone that could consume the soul. Then Kirlian Camera has songs that deserve a place in dance clubs with the masses entranced by their majestic beats and angelic vocals.

In 1999, Kirlian Camera added a new outlet in their music with Elena Alice Rossi. Her stunning beauty and impressive vocals have become yet another strength presented in Kirlian Camera.