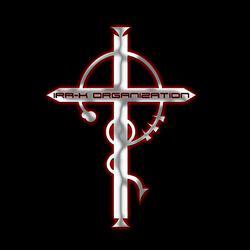 My artistical name is Ira.

After years of experience with other bands as bassist i decided to express my emotions into my project so this way born Ira- k Organization.

Obscure melody, powerfull basses and acid synt are the sound of IKO, a refection of fear, anxious and phobia from the workd we live in. Antipolitician and against every form of power, we're not promoting nazism or someelse form of racism and hate.

our music, our scene have the intention to make people reflecting on about what happened in the past, IKO is having a great active live scene and he present himself with the black uniform and a black antigas mask with video projection who reflect his tracks. he divided the scene with big artst as hocico, ,Alien Vampire,Fockewolf 190,Gothika,Sex Gang Children,Sptsnaz, Shadow Minds,Tying Tiffany with a big reply from the people present at the concert.