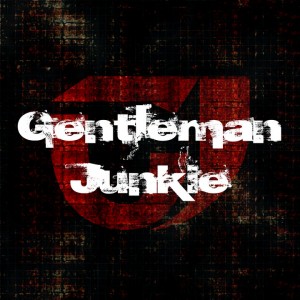 Ed Korn started Gentleman Junkie as a solo project, and began making electronic music in the summer of 2006. Not bound by any particular genre, and influenced by artists ranging from the old LA punk scene, Death Rock, Industrial, and New Wave, he created whatever his mood demanded.

In February of 2006, G*J* first received some attention at a party where a couple of the local DJs in the industrial scene were spinning. That next week, Razorburn was first played at a club. Throughout the next few months the club continued to support him, playing new mixes of Razorburn, Crawl Inside, or I Am A God every week, and allowing him to gain more exposure. It was through these nights, that Gentleman Junkie developed into a serious project.

In the fall of 2007, after some success in the local dance clubs, Gentleman Junkie was offered a show. It was then that Bil K joined to help with live performances... a position that quickly changed into one of collaborator and added a whole new set of influences to the music. (As for their sound? Well, with the variety of influences, and the whims of the writers, it is difficult to pin Gentleman Junkie down to any particular style. The only thing consistent is their goal: create the kind of music that will make people think, make them feel, and more than anything... make them dance).

Gentleman Junkie soon began playing all over the Los Angeles area... averaging one or two shows a month from March to July of 2008, yet throughout that time, they continued writing and working with other artists to hone their sound. The year had started out well... Chloé Lisbeth joined the band making it a trio; and their song, “I Want You To Know” appeared on Connexion Bizarre's: You Are Here: a Compilation of California Electronics Volume 1; and ended with a flurry as Gentleman Junkie opened for the Cruxshadows, Ayria, and I:Scintilla in October; played the Bats Day Ghoulish Gala in November; and had a song remixed by Assemblage 23 in December.

As of April 2009 Gentleman Junkie has finished recording their first full length album, will appear on another compilation in the summer, and follow that up with the release of their album.