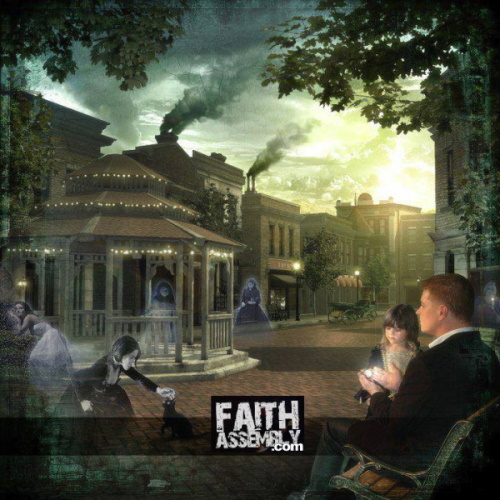 Inspired while living in London, England, during the Spring of 1990, the music was created as an entity based on concept and feeling. This one man band, consisting of Mark Stacy, relied on unique visuals and stage mystique in order to put across the meanings of their songs and lyrics to audiences. An E.P. entitled The Diary of Winter was recorded. This was the stepping stone of things to come.

1991-1993 Arriving back in Los Angeles saw the release of the E.P., and the addition of Leigh Bailey on backing vocals and keyboards and Craig Gilmore on guitar and bass. The growth band extended into the music as well as their live performances. The combined attitude is to consistently strive for improvement, and more importantly, to explore the field of experimentation in order to create something new. The band does extensive amounts of concerts throughout the Los Angeles area. Local clubs teamed with Los Angeles radio station 'KROQ' gave the band a limited, but significant amount of rotation through the dance club scene. Radio DJ 'Poorman' played the bands single "Reflections in the Window" on his "Loveline" program in July.

1994 Faith Assembly continued to make the alternative dance scene aware of it's presence. After months of writing and performing, the outcome was the release of their first L.P. entitled Shades of Blue.

1995 Promotions on Shades of Blue were in full gear! Radio stations such as C89FM "Save the Wave" with DJ Dayv Brooks proved to be instrumental in giving the band exposure in the Seattle, Wa. area. The band continued to play live events such as Disneyland 'Grad-nights' in May.

On October 31, 1996, the single, "Her Deepest Sleep" was released by the label they were newly signed to, A Different Drum. The rest of this year was spent working on the new album, My Mortal Beloved.

1996 -- Faith Assembly began to work on new material for a follow up single and album. They were featured on 2 compilations Rise, and Mix, Rinse, and Spin distributed by the Utah based label A Different Drum. In addition, A Different Drum licensed out The Diary of Winter for repress on Compact Disc for the first time. The band then began to hit the road. Concerts took place in Los Angeles, Utah, and Nevada. The band took part in the largest electronic music festival in the United States: "Synthstock 96" in Salt Lake City, Utah.

1997 -- Faith Assembly continues to play live shows in the Southern California area as well as in Provo, Utah. A new track, "Persuasion", was featured on another Different Drum release: Rising: Synthpop Vs. The World. The band went through a change in line up earlier on in the year and now, in addition to Mark Stacy on lead vocals, consists of megan erben on backing vocals and keyboards, and various others who fill in at live performances. The band's latest L.P. release, My Mortal Beloved was released in July, so the band is currently turning their focus to promoting the release to the best of their ability.

1998 -- saw the release of Red Ambition, the second single from My Mortal Beloved. Constant working and moving kept Mark from his music for most of the year. A successful Florida tour was lots of fun for all involved.

1999 -- was a busy year. In January Faith Assembly spent a week playing shows in New York and Connecticut. In the summer they were part of the Alphaville show in Salt Lake City. Mark spent a lot of time working on the next CD release and near the end of the year, the single Crash and Burn was released.

2000 -- brought the completion of Ghosts I Have Been, an East coast tour, and a summer show series in Salt Lake City.