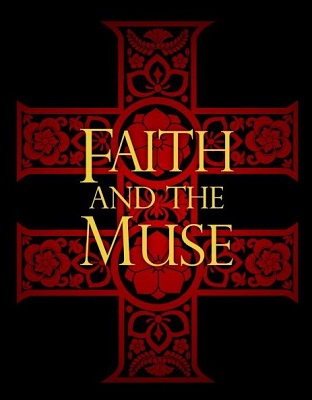 Amidst a diverse musical background ranging from Dark Alternative Rock and Electronica to World Music & Neo-Classical, to Jazz, Avant Garde and Folk, Faith And The Muse provide one of the rarest experiences in art, theater and music. As artists and songwriters, William Faith and Monica Richards have created their own unique universe by allowing no boundaries to the music they write, reaching across historical genre and cultural style.

From personal acoustic pieces and traditional/tribal folk melodies to grand orchestral production and dark rock epics, this diverse combination of simplicity and complexity places Faith And The Muse in their own musical category.

Based in Los Angeles, Faith And The Muse came together in 1993 with the intention of taking music to new extremes; both being established veterans in Underground music. William Faith played with such cult icons as Christian Death and Shadow Project; Monica Richards, who got her start in music fronting Washington DC hardcore punk bands in the early 1980’s, made a name for herself in the post-punk outfit, Strange Boutique.

With the release of five albums and one double CD live/remix album, along with extensive touring throughout the U.S. and Europe over the last ten years (more than 250 performances), the band has managed to gain the attention of a vast assortment of music fans, owing to their constantly evolving sound: undefineable but unmistakeable.

While the music is created by Faith and Richards alone, Faith And The Muse as a live entity includes additional musicians assisting in the expression of the music.fans never know what to expect from Faith And The Muse live; their performances change from tour to tour, featuring at times theatrical and orchestral instrumentation, or quiet intimate acoustic events, and other times, straight-up hard rocking shows.

Faith And The Muse have been called “an art band with a pop sensibility”; artists in the truest sense, refusing to conform to current fads in music, a high caliber of musical output in their wake - integrity without question. Well-known and widely respected in the Underground community, Faith And The Muse have already made their indelible mark on Independent music and culture.

In their latest release, The Burning Season, William and Monica focus on the themes of self examination as to where we all are in our lives and why, questioning the desperate need for technology and the trappings of fashion and conformity, as well as the lack of tools for dealing with basic human emotions as the world races on. This vision begins in "Sredni Vashtar", a dark and intense musical climate to the proclamation that the more things appear to change in the world, they never really have and never will. With our constant fear of death and the uncertainty of the amount of time we have in our lives, we still must try to proceed with our personal hopes, dreams and aspirations. This thought is addressed in the title song, "The Burning Season". As we question all that goes on around us, the media-projected problems in the world and down the street, we need to quiet our mind and spirit enough to pursue our individual purpose.

Faith And The Muse's purpose is clear. While sequestering us inside the mythical and mystical environment of their Otherworldly music, they bring to light the real elements that are true within all of us: a quiet and perfect human connection that has guided our hearts throughout history, yet in this world, is commonly lost.