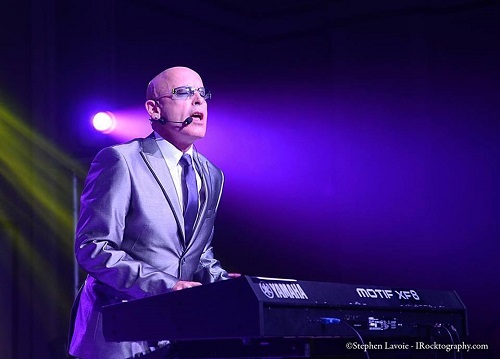 Clive Farrington is best known for his classy style, professionalism, and amazing vocals.

Starting out in Beau Leisure, Clive Farrington developed an understanding of the direction he wanted in music. As Beau Leisure broke up, Clive started pulling the pieces together that would lead to the creation of When In Rome. It was in this newly formed band that he would show is amazing musical gifts to the world and the world took notice with the hit song, The Promise. This song would dominate charts in multiple countries through 1988 and 1989. It was at this time that many variations of The Promise were made adding a long list of genres that the song touched and expanded the possible direction of the band as a whole.

When In Rome would have other hit songs, but many of these failed to rival what The Promise had created. The end was that the band parted ways, but this was not the end for Clive. Clive Farrington is an artist that has music in his soul and a passion to create music to share with the masses. This combined with his pure talent make Clive of the artists in the world that everyone should take notice to. Since the time with When In Rome, Clive has formed a number of side projects, had a successful solo career, and has done special appearances with many of the top artists in the music world.

Clive Farrington is someone that has always shown a beauty in the music he has been involved in. This can be found in the music that has composed and sings. Despite the many challenges that Clive has had in life, he is someone that strives to be the best he can be in the music world and to share the enchanting qualities in music to his masses of fans and supporters. His strong work ethic and the devotion he has in music are qualities where he has churned out many songs that show a reflection of Clive and how music forever resides in him. All of these traits have been forged in him to make him one of the gifted artists that makes songs that reflect the remarkable person with a depth of empathy that can be found in each song. He is one artist that will never quit and those that love his music are forever grateful for this.