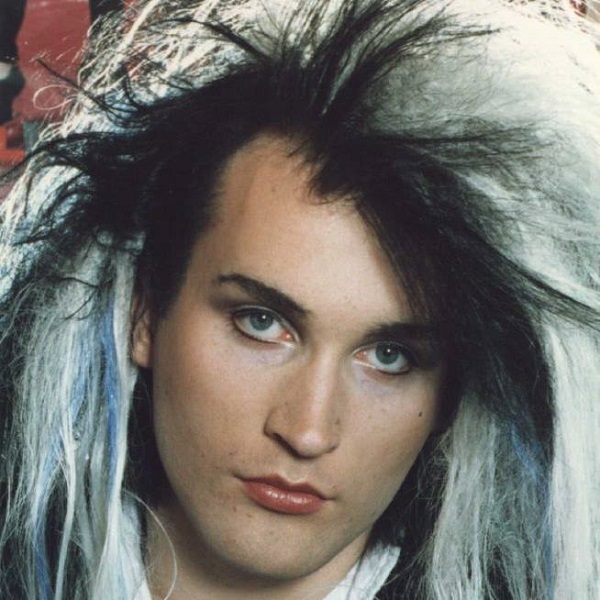 From the Rave and Roll “Criminally Underrated Artists” article

“If we meet even one extraordinary person in our lifetime, we can consider ourselves fortunate. With the advent of the Internet and an ever-widening circle of international acquaintances, I have had the good fortune to meet several such people. The latest person to enrich my life is a gifted and outstanding musician named Bobbi Style.

I’ve only “known” Bobbi for a short time, recently making his acquaintance on FaceBook. But everything I have read about him and listened to by him since then points to an immensely interesting person whose story I feel compelled to share.

Along with New Wave and synthpop, my favorite 80′s music genre is Goth. Peter Murphy, Love & Rockets, and The Damned are a few 80′s Goth artists that rapidly come to mind. Imagine my delight when I was directed to a Bobbi Style 80′s-era music video on YouTube and discovered that his favored performance genre is….Goth! After sitting with my mouth hanging open in shock wondering where the heck I was when this dynamo was out conquering the world, I fell in love.

Bobbi Style was born with cerebral palsy, leaving him wheelchair-bound. He never let this disability get the better of him. Instead, he overcame the obvious obstacles – not only the physical, but the inherently prejudicial public reactions to a disabled Goth-band frontman. He achieved this with grace and dignity, and in his native UK, Bobbi became quite the cult figure with a large, hard-core group of fans.

In an interview with NX Live Magazine, Bobbi recalls that he first got into music around age 5 as a drummer, then guitarist and bassist. In his early teens, and when his disability would not allow him to maneuver around a drum kit any longer, he found himself as a singer for the school band, calling upon such influences as Gary Numan, Japan, Generation X, and Siouxsie & The Banshees for inspiration. Sounds like an absolutely winning combination to me.

In addition to the above-mentioned, Bobbi also cites the following as influential presences: Sisters of Mercy, The Cult, and The Mission. The very best of each can be seen in Style’s 80′s clips on YouTube (see below) that tease us with just a sampling of what this incredible man can do.

Speaking of a “can do” attitude, Bobbi Style has never taken his disability and limitations for what they are, and just cut his losses. This is a man who decided at an early age that he was going to rise above what others felt was a disadvantage, and make the most of his life. Content in his own skin, and with a history of successes and triumphs behind him, Bobbi Style now focuses that endless supply of energy on helping other musicians with disabilities.

Style, a native of the UK, now lives in British Columbia, Canada, and is very active within a group known as VAMS (Vancouver Adapted Musician Society) founded in the late 1980s to support and promote musicians with physical disabilities in the Metro Vancouver area. Style donates his time, talent, and proceeds from recording, promotions, and sales to help his fellow musicians. He is also launching a charity called “Bob Friendly” that will raise money to construct disabled-friendly studios around the world.

If you think you’re having a bad day, check out some of the following links and get to know a man that has not let what life has thrown at him get him down. Bobbi Style is more than just a gifted 80′s Goth artist – he is an inspiration to many, a militant advocate for disabled people of all stripes, and a wickedly funny man. My life has been greatly enriched by our chance meeting (thanks to Eighties Everafter) on FaceBook.