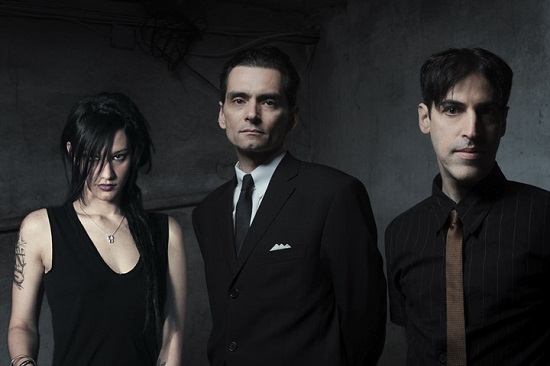 In 1986, Black Tape For A Blue Girl is an American Dark Wave band that was formed by Projekt Records founder Sam Rosenthal. The music is commonly labeled as Dark Wave despite that the overall collection of the band's releases are not bound by the standards that are within the Dark Wave genre. The band has explored a vast spectrum of music that encompasses electronic instrumentation and old world instrumentation (sounds both electronically and directly by actual instruments). The melody generated is complemented with ethereal vocals by both male and female singers.

All the compositions and the lyrics are written for Black Tape For A Blue Girl is provided only by Sam Rosenthal. The band is the vehicle for his unique exploration in creating a symbolization of emotions such as passion, love, vulnerability,  jealousy, and loss. It is this  approach that has given Black Tape For A Blue Girl the ability to touch genres such as Ethereal, Ambient, and Neoclassical. This raw emotional expression in melody has also made the band a draw to other creative minds such as novelist, Poppy Z. Brite; retired porn actress, Sasha Grey; and legendary director, David Lynch.

Black Tape For A Blue Girl has shown that over the decades that the band that not only explores the depths of the human psyche, but is influential in the progression of a number of genres of music. The band has played a vital role in inspiring aspiring artists and showing that it is better to be pure to the music than the category that a band is placed in by the industry.