Apocalyptic Dream Machine has had members that have come and gone. The one true constant has been the creative mind and passion of Dana Sandoval. His love for music reflects in the exploration of music that can be heard and felt in each of the songs composed through this US band.

Many bands are inspired by a catalyst and Apocalyptic Dream Machine is no different. Dana grew up with music as one of the centers of his childhood. The loss of an elder brother led him to the discovery of poems that were written by his fallen idol. It was these poems that were the foundation of inspiring Dana to make the leap from listening to creating. This leap was the jolt of vitality that granted life into what would evolve into Apocalyptic Dream Machine.

For over a decade this Western United States band has explored the dynamics of various forms of Rock and Metal genres. Apocalyptic Dream Machine has been the vessel that Dana has used to explore Alternative Rock, Gothic Rock, Indie Rock, Post Grunge, and even some variations of Post Punk. Dana has lived where exploration in music has been the guiding force without restrictions has made it possible for him to develop a very expressive format of music. This has developed into his own fusion of sub-genres that his band is further developing into a unique style that has a ton of potential for those that have a love for the many flavors of Rock and Metal music. 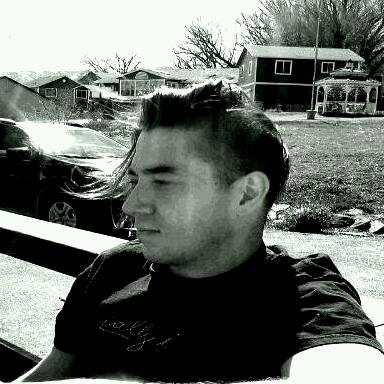