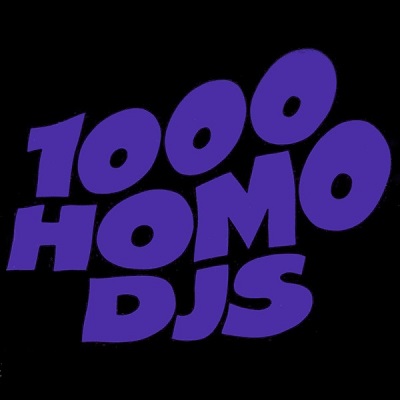 1000 Homo DJs was a Ministry side-project with Jello Biafra and Trent Reznor. According to legend, the name was suggested by Wax Trax! Records co-founder Jim Nash. Addressing Al Jourgensen's concern over a remix, Nash reassured him that only a thousand homo DJs would hear it. The name stuck.

The first single, Apathy (1988), contains "Apathy" and "Better Ways", both originally intended for Ministry's The Land of Rape and Honey, but rejected as out of place.

"Supernaut" could not be released with Trent Reznor's vocals, due to legal problems with Reznor's label TVT Records. The story goes that Al distorted the vocals and claimed them as his own, though he himself has signalled that they are actually his own vocals. Years later, the original version was released on the Wax Trax! Black Box compilation.