Caramella Girls are a Swedish act that has seen a break up, a unique reformation, and success that was started by a DJ's remix and animation. To gain full scope with this Eurodance, J-Pop, and Bubblegum Dance genre musical act, we should start in the beginning.

Katia Löfgren and Malin Sundström joined forces with music producers Jorge "Vasco" Vasconcelo and Juha "Millboy" Myllylä in making a music project that has a distinct direction that all four had envisioned. These four would form Caramell through the Swedish label Remixed Records with a number of singles that gave a very light feel to the music and showcased the vocal skills of the two vocalists.

At the time of the release, the music had a lack luster response from the public as a whole. Four years after their formation the members of Caramell felt that they should part ways and forge their own distinct direction in music.

During the time that Caramell was left on the Remixed Records shelf, a DJ by the name of Speedycake took their song Caramelldansen and remixed it. This remix was set up to a Flash animation showing the anime characters Mai and Mii from the Manga Popotan. This meme would eventually make it onto YouTube where it became a huge success. Caramelldansen which means The Caramell Dance would bring a level of success that would dwarf the album it was originally released on and would put Remixed Records at a unique crossroads in what to do with the music.

The original members of Caramell had moved on and their music had seen resurgence that no one could have foreseen. Remixed Records decided that if the original members wouldn't return that they would bring in other gifted vocalists and repackage Caramell into something that reflected what had exploded in popularity on YouTube. This redesign of the band would take elements of the original band and of the YouTube success in the fusion of what would become Caramella Girls.

Caramella Girls new members used stage names for the new anime characters that would replace Mai nad Mii. This way the animation would reflect the musicians and not a manga. Thus, Racheal Alicost (Mindy), Lucky McSozzen (Verá), and Karin Ellis (Nadine) started their voyage in music as the newest formation of Caramella Girls.

2008 would mark the birth of the Caramella Girls current roster and it was at this time that they presented Caramelldansen in multiple languages and released an appl for all hand held devices. These gained a good amount of attention for Mindy, Verá, and Nadine.

In 2011, the new group and the old group united for a special tour of the Caramella Girls. This to many was seen as a more official passing of the torch from the original vocalists to the new group. The songs performed were revamps of many of the older songs that were created in Caramell including hits, Om du var min, and Efter plugget. Later that same year the Caramella Girls would perform at UppCon in Uppsala. The summer of 2012 would be the final steps in forging Caramella Girls into the new trio of vocalists. This change would be updates in the design and graphics of their website, Facebook, YouTube, and Twitter accounts.

The trio in Caramella Girls had no plans on being the shades of the former musicians. After all the website and social media changes they presented themselves to the world with a series of new songs. The first would be during New Years Eve of 2012 in the form of their song, We Love To Party. The song's release was centered on YouTube and found a strong response by the YouTube community. This would translate to the Caramella Girls seeing a high volume of downloads through iTunes and other Internet music vendors.

Less than a year later the Caramella Girls followed up their success with the single, Get The Gold. This song saw the same positive response on YouTube and in the number of purchases for this latest song.

Caramella Girls would keep the trend of a new single a year in 2014 and 2015. In 2014, they released their single Tokyo that drew on many of the aspects of J-Pop and had a good level of appeal in Europe and in Oceania. A few months later in 2015, they would release Cheerleaders.

Their trend continues as they released a variation of Aqua's Barbie Girl titled Candy Girl. There are simularities, but the Caramella Girls made changes so that the song was more in tune with their distinct style and had a more up to date feel in its melody.

As a whole, the Caramella Girls has made music and videos that reflected their love to have fun and a light energy in their music. It is this style that has made them a band that as had appeal in Eurodance, Dance, and J-Pop circles of music. The way they give a song its chance to stand on its own has led to some of their fans to keep a close eye on what they will come out with next in their music. This has worked very well for them in the past few years and if this trend continues of their releases only they know. 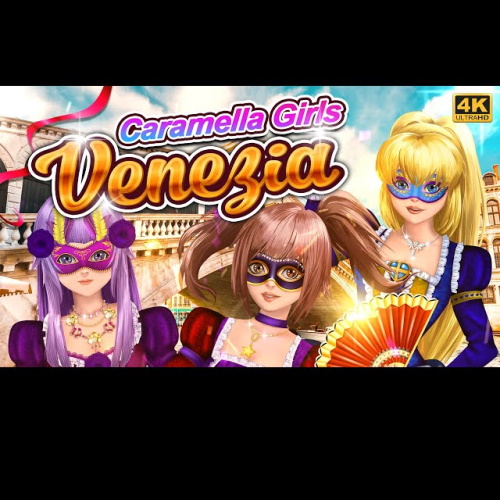 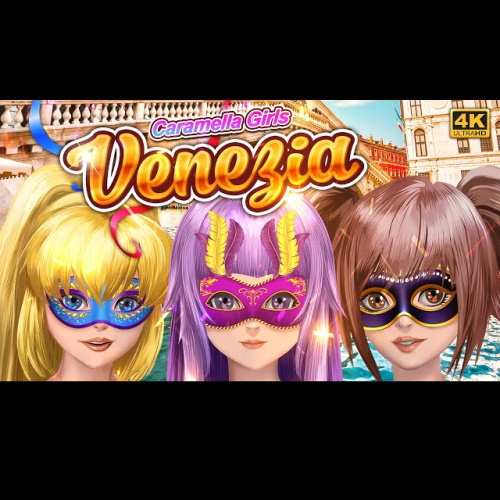 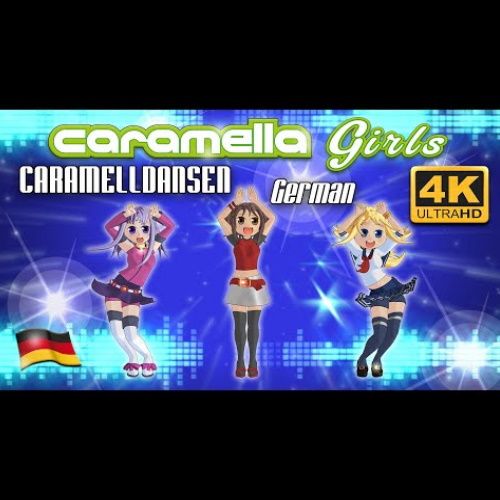