Illusion Songs by The Nature Of Time 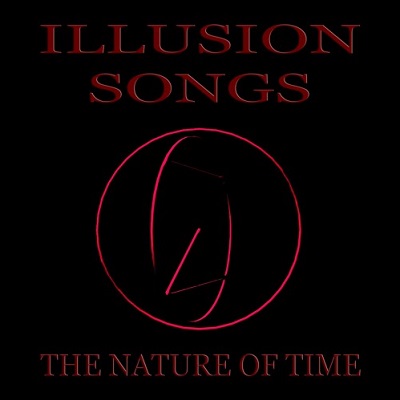 The Nature Of Time have been one of the special portals in music that bridge the music of the past with a direction in the present. Their latest release Illusion Songs gives a perfect sampling of this.

The three songs in Illusion Songs bring forth elements in the music that has been symbolic in bands such as Nosferatu, Christian Death, and The Damned. Their approach gives a somber and heartfelt atmosphere in the three tracks.

The first track, Time Is Coming, presents a hybrid feel of early Sisters Of Mercy and Christian Death. The music gives the Post Punk influences that were common in early Gothic Rock. The dominance of the guitar is a perfect accent to setting the tempo of the song and showing that The Nature Of Time has a solid footing in the foundation of this facet of Gothic Rock.

Never Again (First Idea Version) gives stunning piano solos that give an influence in the music much like the Sax solos in Phantasmagoria by The Damned. This combined with the overall feel of the song hits home in the style presented. It is different from the first track, but still keeps the integrity of the mood in these songs presented in Illusion Songs.

The third and final track of Illusion Songs is Killing My Name (Rough Mix). This song ends this release with more aggressive guitar work that doesn’t blemish on the overall feel of Illusion Songs. This final song gives a mood that presents a combination of Red Lorry Yellow Lorry with undertones of multiple other music projects of the early Goth scene in music.

As a whole, Illusion Songs shows that The Nature Of Time are one of the bands in the world still giving Gothic Rock fresh vitality. Love Is Just An Illusion by The Nature Of Time Silent Tears by The Nature Of Time Free Music From The Nature Of Time Via Facebook