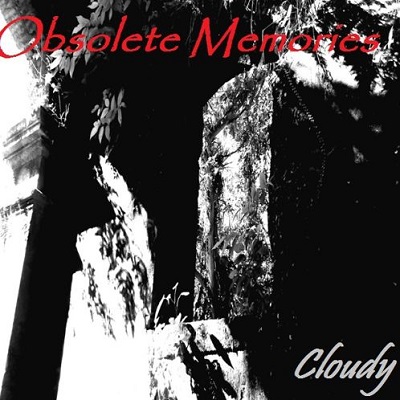 Some may think that Gothic Rock is dead, but Obsolete Memories is among the rare few bands that are providing a fresh take in this genre of music. This Brazilian musical act has released their album, Cloudy, that provides a solid shock of Gothic Rock music for the world to enjoy.

The music shows elements of Nosferatu, Big Electric Cat, and The Wake to its base style. The music is very well presented and has a very good beat in each song that gives the darker feel that is symbolic to the Gothic realm of melodies. The vocals may sound echoed, but that is the style of the band in presenting a vocal range in a format that is more fitting to the music itself. It is a very unique approach that also gives the music a more 80's feel in how it is presented. The combination gives the album a presentation more a kin to a lost 80's album and less like a modern band.

If you like Gothic Rock music like Sex Gang Children, pre-Adrenaline Rosetta Stone, old Sisters Of Mercy, and Corpus Delicti then this is definitely an album worth checking out. It is a new take on feel to a style of music from decades ago.