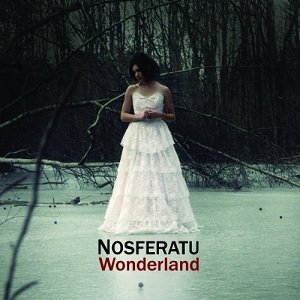 This entry of Two Cents is on Nosferatu's album Wonderland.

When it comes to the classic gothic rock bands, Nosferatu has a special spot in my heart. I have always loved their unique style and that they were really the first band that made the aristocratic gothic appearance a norm for bands.

In all honesty, I was shocked when I got this album. Not that I got it, but that it was even made. This is nothing against the band, but it is very surprising to hear any band still make the music that was the norm in the early goth days. That being said, this album is perfect for the fans of Nosferatu and those that want to have a new album of the style of yester-year.

For those of the listeners of my gothic rock shows, I will be playing this along with the older gothic music and dark wave, but this is not the ideal music for those that are huge fans of EBM or Futurepop.