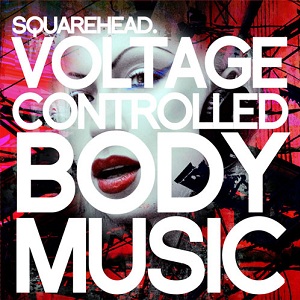 This Two Cents is on Controlled Body Music by Squarehead.

Many people thing of Icon Of Coil or  Komor Kommando when they think of Sebastian Komor. Squareheadis one of the projects of Sebastian Komor where he shows a different side of himself and EBM. Some could even say that the elements in the album Controlled Body Music are more closely related to TBM. This is due to the faster tempo, the intoxicating layering of samples, and the other talents that he has brought into this album.

As the first album, Controlled Body Music  is setting the tone for what many can expect from Squarehead. The fact that there have already been three singles tied to this albums speaks volumes. It is even more impressive that most of the songs in Controlled  Body Music have been played in EBM, TBM, and even trance radio sets.