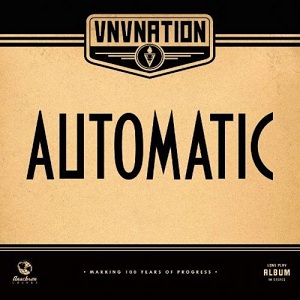 This entry of Two Cents is on VNV Nation's album Automatic.

VNV Nation is one of the bands that has been iconic for both electronic and EBM music. There are few bands that are known as well as they are worldwide. There has been a huge level of demand for them to release a new album by their label and the countless legions of fans. Automatic is their latest release and it shows that they still have that special magic. This is an album that raises the bar for every band in the industry, including VNV Nation.

Automatic has a ton of good songs, and each song is special in that they don't reflect each other. What I mean is that this is one of the albums where one song doesn't define the album. Each song can stand on its own and is the perfect compliment to the other songs on Automatic.

Of all the VNV Nation albums, Automatic is one of their best - if not the best album by them.

Info On Coming Soon And Updates