All Seasons Pass by System Syn 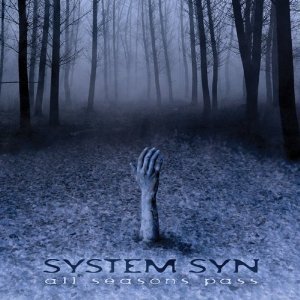 Two Cents is Something that was meant to be an informal first look at a number of the new albums to our respective collection that have been released this year.

This entry of Two Cents is on System Syn's album All Seasons Pass.

This particular Two Cents can't do the album proper justice as I have yet to read the book. So we will focus on what Clint Carney has stated about the album and the ties it has to the book. One key not as well, the book that Clint has mentioned (also called All Seasons Pass) should not be confused with the book by Martha Manning. Both books have the same name, but that is where the similarities end.

To fully grasp the album, you have to look at the book's meaning. Clint Carney wrote All Seasons Pass: The Complete Story as a true tale about a young lady's battle with personal demons that led to her eventual death. Keeping the tone of the book in mind and its overall theme, a person can see the purpose to many of the song titles. They can also get a good understanding to many of the lyrics that are in each of these System Syn songs.

All Seasons Pass gives the latest dose of System Syn, but also has something extra. Maybe it is the ties it has to the book or maybe it is that this album seems to be something more personal to Clint. Since Clint is the heart and the creative mind behind System Syn, what he feels to share is reflected by the music itself.

System Syn has many good albums, but I feel that All Seasons Pass is very likely the best album that the band has released. Kudos to Clint Carney for his masterful work in the music and the potent atmosphere he present in it.