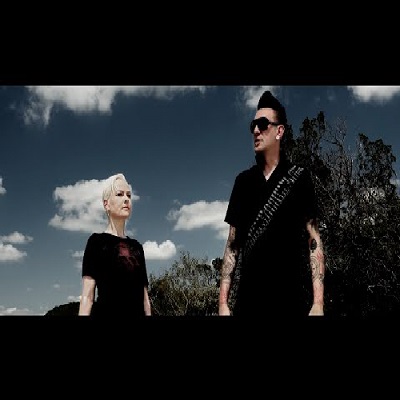 Who (Band): Decoded Feedback is a Canadian Electro-Industrial, Futurepop, and Aggrotech musical act. The band is comprised of Italian Marco Blagiotti and Hungarian Yone Dudas and have had Decoded Feedback as one of the polarizing forces in Electronic and Industrial music since the band's start in 1993.

What (Band): Decoded Feedback is the result of experimentation of its two members in what direction they wanted to take in music. Starting in a fusion of Punk Rock and Electro the style they would develop would evolve into what it is today in the world of Industrial music. By their releases in the late 1990's they had solidified a style that harnessed all the best aspects of EBM, Electro-Industrial, and facets of Aggrotech and Futurepop. This direction would present stark contrasts in certain respects that was harmonized in the skill and ideals that were forged in what Decoded Feedback is. This duality would be a foundation in many of the views of the band and would help generate the unique style and approach they have had in music.

Why (Song): Waiting For The Storm is one of the songs on their latest album, Dark Passenger. It is one that shows all the best aspects of Decoded Feedback's driven style that flows with the melody and the powerful vocals of Marco.

Where (Song): This is the perfect song for any venue. Waiting For The Storm has a dance rhythm with an aggressive undertone that is accentuated by the way that Marco delivers his vocals. It can fit in any Electro, Electro-Industrial, EBM, and most dance centered sets. The aggressive stance of the song makes it one that will push a dance floor to new heights, and the lack of prohibits lyrics makes it a perfect song for FM radio in any country.

How (Song): Many songs can claim to be good, but Decoded Feedback's Waiting For The Storm along with its parent album, Dark Passenger, have earned praise by the GEWC. These WebCharts base a value on the opinion of the fans and how they react to the music on select Internet radio stations and other Internet venues. It is this measuring stick that helps give scope to superior standards that Decoded Feedback have placed in Waiting For The Storm and how their fans have appreciated the time, energy, and care the band has put into this song.