Sparks by Faith And The Muse 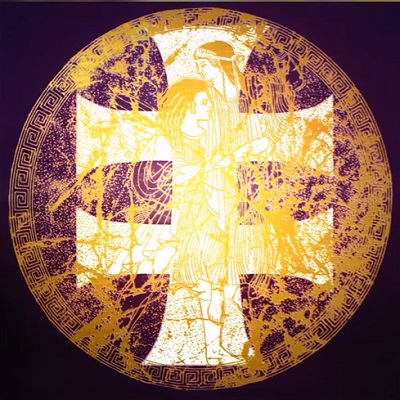 Who (Band): Faith And The Muse is an United States band that centered much of their music in a mixture of Gothic Rock and Dark Wave music. The band's core members are Monica Richards and William Faith. The band itself has been inspired by a number of bands in the name and the style of the music. Perhaps the two most notable influences are Dead Can Dance and Faith And Disease.

Since the inception of Faith And The Muse, the band has presented two base styles depending on the song. Some of the songs show the roots of the band in Gothic Rock, while other songs show a more medieval feel to the music. Some of the songs are distinct to themselves and are best not classified except that they are expressive, elegant, and beautiful in their own respective light.

Regardless of the genre their songs may fall into, Faith And The Muse show empathy, talent, and a style that connects their music with their fans. Through each of their songs they give a sliver of their talent for the listener to savor in each melody presented. It is this approach and their style in music and stage presentation that laid the groundwork for many bands that strive to recreate what Faith And The Muse shared with the music world.

What (Band): Faith And The Muse was the foundation for two gifted artists. It was this foundation that they still touch upon in their music today and many other artists use as an inspiration for their music. The music in the albums released by Faith And The Music still find time in dance clubs throughout the world. Their music has been found by numerous DJs to fit perfectly in a wider scope of genres than either is likely to have realized when they released the music.

The one element in the music by Faith And The Muse that is impressive is that it does fit in with other similar songs when put into a set of song, but it never gets drowned by the other songs. Their music always stands out while complimenting the songs they are fitting with. These two aspects are why Faith And The Muse are a good band that is timeless in the music they shared with the world.

Why (Song): Faith And The Muse have had a large collection of good songs, but there are few that are iconic like Sparks. For over two decades it still snares the attention of the listener. Each generation that has liked Dark Wave and/or Gothic Rock have found that Sparks is one of the songs that deserves a home in their collection of music. This one song exemplifies what any artist strives to have in their music, a quality loved when it is released and loved in the generations to come.

Where (Song): Sparks has found a place in dance clubs, FM Radio, and Internet radio. It is one of the songs that is soothing to the ear, beautiful in its presentation, and gives a form of elegance that brings the music to life. The one challenge for any fan of Dark Wave or music with a mellow medieval feel is to place Sparks into a set and not have it diminish the songs around it. Some songs in history have had a certain quality to them where they stand out in what they give and that is a very good thing for the song and can be a bad thing for songs competing with it for attention. A Winter Wassail by Faith & The Muse The Burning Season by Faith And The Muse