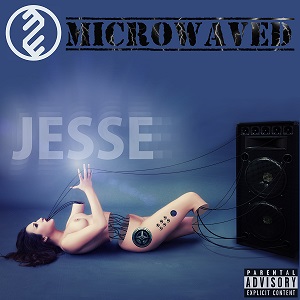 Who (Band): Microwaved is the creation of the sagely skills of Gabe Wilkinson. After devoting his time and skills in helping other bands he created Microwaved as a means of expressing his own creative ideas in music. It is this vast experience that has given him an edge in having developed a distinct style and identity in his music that is centered on a solid understanding of the music. His time with other bands has afforded him the insight to seeing their direction in music and to develop his own preferences that have been the structure to all of his music as he pursues his own direction in the audio arts.

What (Band): The depth of background that Gabe has had in the music world has given him a huge platform of genres and styles to forge into something that stands out from the masses. This understanding and experiences shows in the rhythm and complexity of the music that Gabe is able to forge in each Microwaved album. Each of these albums is a collection of songs that are distinct individually, but also work in harmony with the overall album. This makes the albums where the songs can be their own, but also fit perfectly in the family they have within the respective album.

Why (Song):  As stated, Microwaved has songs that are unique unto themselves. This particular song has some personal meaning to Gabe and that alone is reason to give special value in it. For a musician to have one of their creations ring true to them reflects that the song has a little more of a facet of the musician within the notes, vocals, and harmony. To comprehend Breathe is to have a deeper understanding of the creative artist that Gabe is.

Another aspect to Breathe is that it covers a lot of styles in one fluid transitional format. The intro shows elements that relate to the soundtrack of the first Resident Evil movie and these are also presented in the ending of the song. The verse portions of the song present a strong foundation in old school EBM and Electro-Industrial with its aggressive calm that touches into a number of other genres, including funk with the undertones. The chorus portions of the song give a pulsating drive that bring many elements of Industrial Metal in a rhythmic push that is a contrast to the verse portions. These differences in one song are put together in a format that works very well together as individual parts of a collective whole.

Where (Song): Breathe has an underlying complexity that can make it challenging to fit into a play list. Unless you keep it in an aggressive EBM or Electro-Industrial grouping of music. The main reason is that many songs that cover more than one genre of music usually are used as transitional songs, but Breathe is more like Christian Death's This Heresy in that it stands out for the quality that it holds true to. This is where the skill of a presenter of music (such as a DJ) can show their mettle by adding this song in their sets and if they are good can have it as one of the highlights to the show. In that respect, this is a song that should be presented with care, but would be perfect for all forms of radio and dance clubs.

How (Song):  It is the complexity of Breathe that makes this a song that is ahead of the curve in comparison to other songs. The complexity is in the way that it brings so many distinct styles of music within one fluid form. The song will be one that those that love harder hitting Electronic music will love and for others they will have to adjust to the unique approach it gives in the music. Unlike Experimental music, Breathe has a solid structure in how it is formed and how the contrasts work so well together. This is where this song almost sits in multiple genres, but never is bound to one family of music. A massive accomplishment in this song.

Let Gabe put it together in any form he wants. He has a vision in this that few will be able to approach like he can.

Draven Taylor's Note: Breathe is a song that has impressed me with what it presents in the many distinct styles and how they all form into such a well structured song. I can tell that Gabe put in some serious time in developing this song and I truly hope he continues in the path he has forge with this album. Microwaved's album Jesse is an album I would recommend for those that have a love for aggressive Electronic music and an open mind. It is worth the time to listen to. A Special Deal On The Full Discography Of Microwaved