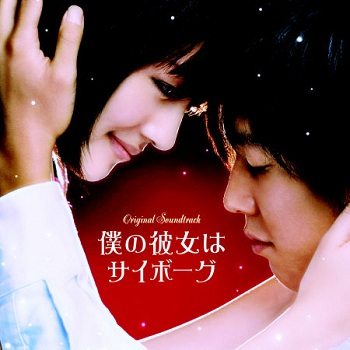 Who (Band): Daping Naoki is a Japanese composer that is best known for doing music for a number of Japanese movies. Some of these have been more in the "classic" composition where they instrumentation is more traditional to a symphony and others have been utilizing some of the electronic instrumentation. Daping Naoki has shown an impressive degree in complexity of the melodies to convey the mood of a particular scene. Much of the  music is also capable of altering the mood of the movie in a way that few other composers have been able to match.

What (Band): Daping Naoki is well known in the Japanese music world for the compositions that have been made for Japanese and Oceania driven movies. Most of these movies are regional and never see the light of day in the Americas or Europe. This is a pity considering the skill that Daping Naoki displays in the music and the depth of plot that many of these movies show. This isolation from parts of the world has made Daping Naoki one of the artistic gems that few have been able to hear and hopefully this one song will give a sample of what the composers of the Rising Sun are able to create.

Why (Song): Many songs of today are more lyrically driven. There are some exceptions by artistic style and/or genre, but as a whole it is they lyrics only or a combination of lyrics and melody that define much of the music today. Reunion is one of the songs on the Cyborg Girl (also known as Cyborg She) that is solely melody and lyrics truly would have diminished the power of this song. Many of the other songs on this soundtrack are very well developed, but Reunion was the song that ties both the main tragedy and the main joy of the movie into a powerful bittersweet moment. Many artists aspire to do this, but few can do it with only a melody that is simple in its heartfelt presentation, but complex in the instrumentation.

Where (Song): Reunion is actually a song that would not bode well in most settings, although it is one that is truly romantic in its nature. Even hearing the song without known the movie, most people can feel the emotion conveyed in each note. In this, it is like Moonlight Sonata, it is something that can be shared with loved ones, a romantic setting, or just if you want to hear something moving. Beyond that, Reunion is a slave to the moment within the movie. In life we all have special moments and some forms of art can help set the tone of those moments, but they can't create the moments on their own.

How (Song): Reunion is the 19th track on a soundtrack that only has two songs that have lyrics. It is also the only song that is strictly acoustic and mellow in the tempo of the song. This makes Reunion a bit of a contrast to the rest  of the twenty tracks on the soundtrack. This contrast makes what Reunion presents that much more rare in itself and something that leaps out from the rest of the songs in what it can stir in the listeners feelings.