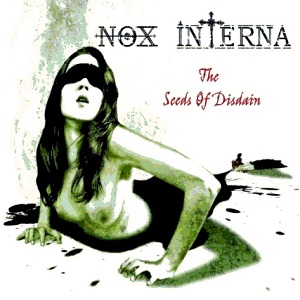 Mix it, beat it, blend it....as long as Richy is the one putting it together it will always sound good.

Draven Taylor's Note: One of the beauties and tragedies in music is that it always changes. This can make it where styles that were big fade to black and ones that a band makes can hit a brick wall. This is also where when one artist dies so does a specific style of music. I saw this kind of brick wall with Gothic Metal when Peter Steele of Type O Negative died. It was a brutal reality that one of the figureheads that was a driving force was no longer there and that many of the bands that were on the rise had to develop over night or be part of a genre that may fade from the minds of legions of fans.

Bands like 69 Eyes, Oomph!, Vlad In Tears, and many others forged and developed extensions to this style of music. Some pushing into new directions, but this also led to a splintering in what I could see. The genre was being torn apart to be the future to new styles of music. This can be good for those that like the new styles and sad for those that loved the music that was once the driving force.

Now we add Nox Interna, they are a band that brings all the splinters into one style. This style isn't the same as Type O Negative, but is a form of fusion that grants a bridge to the music that was Gothic Metal and the music that is rising from the ashes of Peter. Is Richy the next Peter? No, but he is an artist that shows the magic that Type O Negative had along with the diverse elements that are surfacing in the harder darker music of today. He is the spearhead to a new direction that unifies the music of yesterday with the music that is here today.

Thank you Laura for showing me Nox Interna, and thank you Richy for making music that makes me want more music from your band.