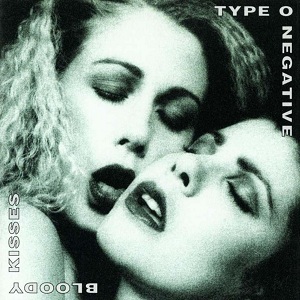 Who (Band): Type O Negative was one of the pioneering bands that laid the foundations to what has been viewed as Gothic Metal. Their incorporation of romance and seduction into a depressing and darker metal  feel laid the groundwork to many other artists that would use this style as a foundation to many diverse forms of music. Their style in this method of music didn't truly take off until the release of their 1993 album, Bloody Kisses. It was this unique tone and mood of their music that earned the band members the nickname, "The Drab Four."

What (Band): In Gothic Punk and Gothic Rock many of the bands were either from the fall of Punk music or drew from the music that came from these two respective genres. There have been some isolated situations where artists drew inspiration from earlier styles of music, but not from the direction that Type O Negative originated. Type O Negative's members drew their roots from Heavy Metal and Doom Metal which had some band presentations that were similar to the Gothic genres, but the style of the music was different. Type O Negative established a style in their mid to later music that would be impactful to countless artists that would draw from the atmosphere of Gothic music and meld it into the driving aggression that is unique to all Metal genres.

Why (Song): Christian Woman and Black Number 1 not only set a standard to what Gothic Metal was, they also presented a wide variety of elements that in music would be viewed as negatives and turned them into positives. Both songs are overly long, which for any song to be viewed as having any commerical success is dangerous. Most modern music is typically bound to a two minute to four minute range. Each of these songs reached or exceeded the 9 minute mark. What made these long songs excel where others didn't was that the songs themselves where actually a hybrid of 3 songs within a single track. Each one was an act to an overall piece that embraced each section while not limiting the creative expressionism they presented.

Where (Song): The length of the song can make it a challenge in a dance club unless it was properly laid into a set that made this song one of the centerpieces. This is partially where it has excelled in Halloween Nights at clubs, parties, and even in some Halloween themed festivals. If someone had the time Black Number 1 is a good song to segment if you can mix it into a complimentary song or set it as a fragment that can carry over multiple songs. In this sense it can be done much like Love Never Dies, Part I/II/III by Apoptygma Berzerk or Heartland/Heartland (Reprise) by Client. Most clubs will typically just play the whole song, but consider Black Number 1 is over 11 minutes and that is asking a lot of any fan that is dancing.

Black Number 1 is actually a song that could be labelled as a "Studio" track. This was a standard that was established by the Beatles in from 1969 to 1970. This is traditionally a style where a song is better suited for listening to versus dancing to. This is not meaning that Black Number 1 is a bad song to dance to, just that it is actually better suited for hearing in a more private setting. This usually translates to radio, parties, and even in some forms of festivals. With that, a well constructed hard Gothic Rock/Mellow Gothic Metal show can truly show the power of this song. Keep that in mind for your next party or if you are a DJ - your next darker accoustic/metal set.

How (Song): Black Number 1 and Christian Woman set a standard in the music that would carry over to countless artists. Just as Symphonic Metal had the hard rifts complimenting a operetic female vocalist, Type O Negative set a standard for Gothic Metal. The deep resonating vocals of Peter Steele along with a fusion of hard guitar rifts and darker undertones would set a standard that made them true pioneers in a style of music and in the image they presented. The music has an elegance that Metal had never heard since the 80's Metal Love Ballads, and a brutal darker aggression that sat in a part of the music world that couldn't be truly placed in one set genre.

Type O Negative were embarking in a direction that showed their true genius and talent. Their passions forged a style of Goth and Metal that was never truly fathomed, but led to artists embarking on similar journeys in new frontiers of music. The Morning Star by Jarguna