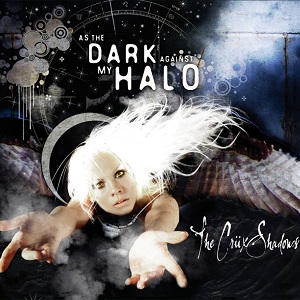 Who (Band): The Crüxshadows are a dark electro group that has toured throughout the world spreading their music to all reaches of the world. Originating from Florida, they have shown a style that has elevated the standards of their US state, the Americas, and in many respects, the world.

What (Band):  There are many bands that have toured the world, but there are few that dedicate themselves to music as The Crüxshadows have. They have spent numerous years of touring 200+ years consecutively, hitting countries that once were overlooked, and always expanding their massive collection of releases. Each of these are impressive feats, combined it has made for a lethal combination that has helped make them a band known in all reaches of the world.

Why (Song): Orginally, Valkyrie was released on a self-titled EP. It was one of the additions to the new album As The Dark Against My Halo and has been a song proven to be a worthy addition to this album. The Crüxshadows have had many hits that have had a ton of depth to the respective songs, Valkyrie,  is no different.

Where (Song): Valkyrie is a song that has a strong beat, but it builds in the course of the intro of the song. This is a song that is ideal for clubs and radio shows where there is a build up to a faster pace. The song has some good interludes where the beat isn't the dominating force, still a complimentary part of the song itself. These interludes are where the verses are sang rather than as carryover sections as many bands tend to do. This is not a defining part of the song, but is one aspect where Valkyrie does stand out in comparisons to other songs and can give a new element to a radio show, a party, and a night club.

How (Song): Valkyrie gives a unique first person depiction of part of the Norse methos of the legendary Viking Gods. The Valkyrie were an extension of Odin, The Allfather, and would scour the battle fields for those that died. Those that died of honor were taken to the great Halls Of Valhalla where they would celebrate and await the end of days. The end would be a cultimation of events that would lead to the death of most of the gods, this days was known as Ragnarok. To be taken as one of the honored dead for this end was the aspiration of many in this religion. It was the standard of death before dishonor.

The Crüxshadows give a tale of beauty as the Norse may have seen it and not a moment of brutality that people today would think of when it comes to a setting of war. It is this expectation that the Norse had that gave them no fear of death and a love that went deeper than their kinsmen, it went to the faith in something greater where they mattered even after death. In this respect alone, Valkryie, truly does pay a proper homage to those men and their warrior angels that took them to a place sacred to them in their release deemed as death.