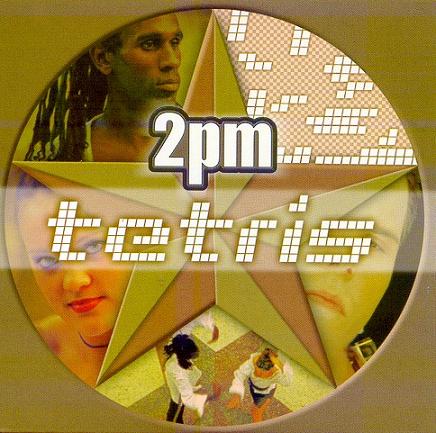 Who (Band): 2pm is the music project of Espen Knutsen. He is a house and trance artist from Norway that has made a variety of songs that have been released on EPs and albums.

What (Band): There are many bands that have similar names and usually when one has to compete with a band of the same name they change the name. 2pm has been true to their name and has focused more on making music that Espen Knutsen's fans in Norway and other countries would love. This is something bold and  can be suicidal when the band with the same name is bigger in terms of fame.

Why (Song): Tetris has been a made famous for the game Tetris, yet few have known the depth of history in this song. It was originally known as Korobeiniki and is a Russian folk son of the 19th century. It is more of a story in the lyrics of a meeting between a girl and a peddler. This meeting in the lyrics is a symbolic metaphor of courtship. Below after the videos is the original lyrics that were part of Korobeiniki.

Where (Song): 2pm has made a very upbeat and driven version of Tetris. Any fan of electronic music knows this is a perfect song for any rave or Euro-themed festival. Minus some of the words in the song (except the radio version), Tetris is perfect for any dance FM radio station. It also would be fun as part of an upbeat set in a dance club.

How (Song): Tetris has a ton of remixes to it and is one that globally can be recognized. Some artists will remix it to the point that you can't tell the original melody, others will keep it too close to the original. Finding a balance is a challenge for any remix and a song like this it can be a huge task. 2pm did a superb job in the remix and showing their style in this unique folk song.

Draven Taylor's Note: Korobeiniki is a song that has a ton of history in Russia. When Nintendo added it to their game Tetris they immortalized it for the world. This addition wasn't 100% true to the original as the melody is played via a synthesizer and not the traditional piano. What is even more impressive is that this folk song wasn't even the original inspiration. The song was inspired by the poem Korobeiniki by Nikolay Nekrasov that was written in the magazine Sovremennik in 1861. I wonder what his impression would be of the impact his one poem has had in his motherland, the world, the music industry, and in video games. People may have forgotten his name and the original name of his poem, but they will never forget all that it has impacted.