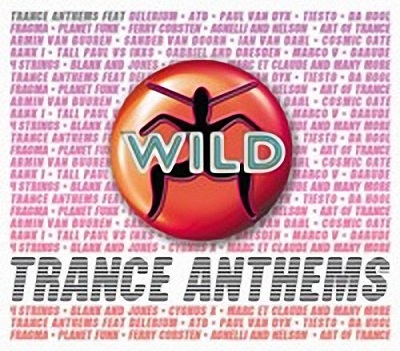 Who (Band): Too many people think that a band will be bound by a set style, that the members will be forever in one tone with their music. An artist like Bill Leeb is proof that a musician is more than one set mood or one style. Being a vital part of Front Line Assembly, Bill has broken down many of the definitions in electronic music. Between his work with Front Line Assembly and in his support with Skinny Puppy this Canadian mastermind helped meld Industrial music with electronic music. This fusion has been a stomp ground for countless bands to aspire for.

In all of this work with these epic bands, many lose sight that Bill Leeb worked with Front Line Assembly bandmate, Rhys Fulber, develop a side project. This side project started as something to explore new styles that were not part of the image that is symbolic to Front Line Assembly. As this new direction solidified, the side project created a new direction that neither could have fathomed. The project is called Delerium and has been a band that has success that can rival the main project of this duo.

Lisa Gerrard, Sarah McLachlan, and Matthew Sweet are just a few names of guest musicians that have contributed their skills to the artistry of Delerium. To list the remixes is an even more daunting list for those that have attempted to see the expanse of influence and inspiration Delierium has had in EBM, Darkwave, Pop,  Eurodance, Trance, Folk, and many other genres. Delerium may have begun as a side project, but it has evolved as a beacon to artists that love what true musical beauty can be.

The influence that Delerium has had on other artists is impressive, but it is even more impressive when you see the influence this band has had in other medias. Being on soundtracks for Tomb Raider, Brokendown Palace and in television shows such has The Crow: Stairway To Heaven is a standard that few can also match. This level of dominance for a band that presents a stark contrast to the originating band that Delierum has truly does put this band in a category that few others can easily  fit into.

What (Band):  Delerium is a testament of the love for music Rhys and Bill both have and the creative freedom both are  willing to show to the world. That is not just talent, but true grit to have something like Derlium that is not dependant on their main creation. Front Line Assembly is more electro-industrial with a mix of dance and ambient in many of their songs. Delerium tends to be more of a mix of folk, trance, and almost ehtereal with how the melody will interact with the vocals that the songs may have. Both bands are impressive on their own, when you look at both combined - that is where you can see the mastery both artists have in their music. One Dream by Miriam Stockley