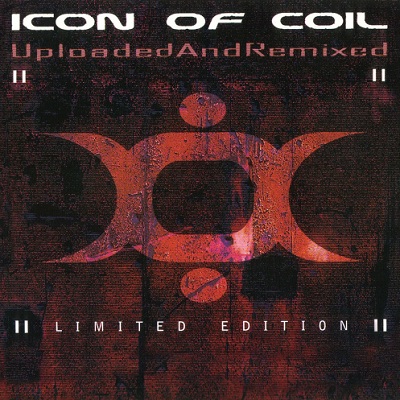 Who (Band): When the Gothic subculture's music fused with electronic dance music there were few bands that represented this union, such as Icon Of Coil. Their music has an intoxicating rhythm  and with their darker lyrics makes for a style that few could compete with. This made Icon Of Coil  a band that was a trend setter and a foundation stone to many of the projects that its band members would eventually work on outside of the band.

What (Band): Icon Of Coil has a very unique name that can have many meanings. This has been a topic among some of their fans and here are some of the most common perceptions on the meaning to Icon Of Coil.

One is that Icon Of Coil represents mortality. Icon is a symbol or representation, Coil as a synonym to mortality (a reference in a number of classic literature). In this one perspective, Icon Of Coil would be the Symbol Of Life.

Another view is that as on of the pioneers, Icon Of Coil presents this perspective in their name. A genre can encompass or confine a set style of music and Icon is a representation of this. With Icon Of Coil being one of the first bands then you have the band or Icon that is defining the genre or Coil to that set style of music.

There are even others that just point out that it is just a name, and  that we all should just enjoy their music. What is your views on this and their name?

Where (Song): Shelter (Single Edit) is one of the songs that is perfect for any set of music that is geared towards dance or electro music. This can even apply to some of the unorthodox genres in electronic music as there are a number of elements in this song that came mate with these genres.

Some people may protest where this song can be played as it is likely one of the Icon Of Coil songs that has been played to death. That is where the band has made for special allowances with all the remixes that have been made. Many of the remixes can rival the original version of Shelter.

How (Song): Shelter (Single Edit) is one of the main versions of a song that shows exactly why Icon Of Coil took a huge part of the music world by storm. The band had a number of albums that were huge hits in Europe and in many of the club scenes in the Americas.

After all these years, Shelter (Single Edit) still has a draw to those that have never heard of Icon Of Coil. It is one of the best known songs and probably one of the best representations of the overall style to the band. Shallow Nation by Icon Of Coil Everlasting by Icon Of Coil