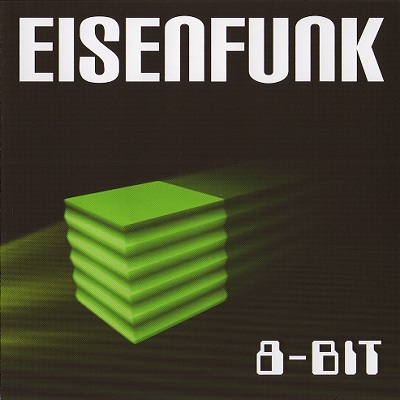 Who (Band): Eisenfunk is a EBM/EDM band from Germany that has been around since 2007. With 5 albums out they have been one of the first true bands that  has been bridging the EBM style of music with the more dance driven EDM style.

What (Band): Eisenfunk's 3 members have shown that they love to have fun. They have also shown in their floor show, their videos, and the music that they have a focused approach. This direction they have taken is a very refined presentation in everything they do. This combined with the unique direction their music has gone has made Eisenfunk of the the bleeding edge bands in the electronic music world.

Why (Song): Pong was one of the first arcade video games; it is also the name to one of the songs that best represents Eisenfunk. Just as Pong showed a new direction in games and electronic technology, Eisentfunk'sPong is pushing through the barrier between EBM and EDM music.

Eisenfunk has continued to bridge the chasm that is between EDM and EBM genres and have shown that the Electronic Body Music and Electronic Dance Music are even more closely related than ever before. To many this may not seem like a huge leap, but it is when you look at the roots to both. EDM is the child of techno, house, trance, and even variants of disco music. EBM has similar roots, but instead of the disco roots, it has a harder and more aggressive parent in industrial music. EBM also has had some level of influence by the Gothic and synthpop genres over the years.

Pong shows that there are a ton of elements in both respective genres that can make for some incredible music. It it truly fitting that one of the first real fusions songs is named after the game that fused technology into interactive gaming.

Where (Song): Pong has already seen a ton of air time on radios, in dance clubs, and at raves. With a track record like it already has had, it can be played anywhere it hasn't been played to death.

How (Song): Eisenfunk's album  8-Bit ties in a number of classic games (Space Invaders, Pong), classic folk songs (Korobeiki, Medieval Bit), and some older nuclear movie samples. This combination is something that many house, Eurodance, trance, and other dance related genres have done. Unlike them though, Eisenfunk brings a darker tone without losing the elements that make the dance elements perfect for these other genres. Pong  is perhaps one of the best representations that has had the best exposure and has the most number of remixes on 8-Bit

Draven Taylor's Note: Eisenfunk has a bunch of talented and great guys. They are knowledgeable of how to play the music, the technical aspects of the music, and how to make an atmosphere in all aspects of what they are doing with the band. Pong was one of the first songs I really heard from them and isn't the only song that they have that is good. If you have the time and the funds, their albums are ones that I would highly recommend getting.