Marilyn, My Bitterness (Live at WGT Leipzig-Germany) by The Crüxshadows 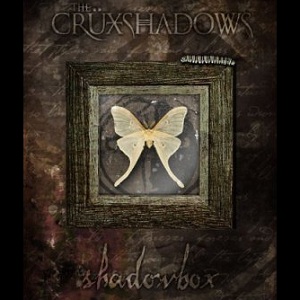 Who (Band): The Crüxshadows is a dark electro group from Florida in the United States. They spend more time than most bands in touring and releasing music. They have performed in parts of the world that haven't had a band of the electro or the gothic genres since the last of the extensive tours of the legendary band The Sisters Of Mercy.

Since the birth of The Crüxshadows, they have toured in most of the major festivals in the world. The extensive performances, the numerous hit albums they have released, and many of the unique additions to their brand has made The Crüxshadows a global powerhouse.

What (Band): There have always been bands that have had a unique approach, but few have had to combination that The Crüxshadows present to their fans. The lead vocalist, Rogue, presents a haunting and distinct range of singing that stands out, but compliments the melody of their music. The addition of unconventional instruments to a modern band (such as the violin) adds a new set of sounds that bands today can't compete with. They also present a superior floor show and a style to the music that is emotionally charged for anyone that hears it. These elements melded into one band has made The Crüxshadows a global sensation for their respective genres and has developed a solid fan base that has remained loyal to the band for over a decade.

The song, Marilyn, My Bitterness (Live at WGT Leipzig-Germany), is masterfully recorded and hearing the involvement of the fans as they cheer and even sing along parts of the song shows a potent harmony in the synergy of band and fans. The Crüxshadows  had a magical moment at the Wave-Gotik-Treffen that few bands have had and countless dream to have. That type of harmony in the concert with the size of the audience makes for recordings that are audio snapshots that will live for many years to come.

Where (Song): Most of the songs from Shadowbox can be found on earlier albums by The Crüxshadows. Many of these are perfect for radio or dance club, but the live songs are harder to play in either format as there is usually dialog that can disrupt the mood. The actual music in Marilyn, My Bitterness (Live at WGT Leipzig-Germany) makes for a driving electrical charge in the music that can be a lot of fun in a set where you would play any of The Crüxshadows' music.

If you have no wish to edit  Marilyn, My Bitterness (Live at WGT Leipzig-Germany) then it is best played on radio or Internet radio where you can disclose to the listeners that it is a live concert.

How (Song): The vocalist from The Crüxshadows speaks to the fans in English and German, which is very impressive that he was considerate to the location he was at and the fans. What makes Marilyn, My Bitterness (Live at WGT Leipzig-Germany) even more impressive  is that he also thanks the country, the city, the festival, and the masses that were there to hear them. This humility is humbling to see when The Crüxshadows was the focus and the center of the band gives thanks to those that have made them a global presence.

The other part where this version stands out is that you can literally hear the emotion in Rogue's voice, in the blending of the music with the fans, and that all of it had a harmony. Truly, this rendition of the song sounded staged and the impressive part is that it wasn't.