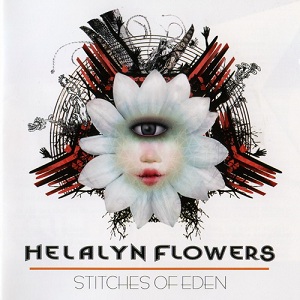 Who (Band): Like many of the bands from Italy, Helalyn Flowers started out with heavy influences in Symphonic Metal in their early music. Unlike many bands, they made MASSIVE leaps and bounds to evolve into something so much more. The first couple of albums showed tastes in the evolution this band would take into becoming one of the powerful EBM bands to ever come out of Rome.

What (Band): Helalyn Flowers is a comprised talents of N0emi Aurora's powerful vocals and lyrics, combined with the musical mastery of Max. These two have shown that there are no boundaries in music when you love what you do. Much of their music shows the incredible range of N0emi's vocals while still embrace the beauty of her voice. They meld her voice with the pulsating compositions that come from Max's genius.

The envelop is pushed with each of their six albums and the direction they present in the music is alluring with the mixture of music they pour into each of their songs. Truly, if there is a treasure from Rome, this band is it.

Not many bands can combine the female vocals and music alone. Some bands try and it is typically a hit or miss with their music. Helalyn Flowers is the best of both a superior vocal and the diversity in music that Max seems the have a true knack in doing.

Helalyn Flowers seems to release remixes of past songs in their newer albums. This can be a deadly venture for many bands, but the radical differences in the songs has made it where one song literally becomes many unique songs. This evolution is partially the skills of those that remix the songs, but part of it is also how Max has laid out the songs. The combination leads for songs that could literally comprise albums in and of themselves. If there is proof of the painstaking skills that Max has, this would be it.

Why (Song): It is true that the original is always the best, but Helalyn Flowers has so many remixes that can go toe to toe with the originals. This isn't because the originals are bad, but that the remixes are that good. Hybrid Moments (Hybrid Mix by Neurobash)  is no exception to this case when it comes to this band.

As mentioned below, there are a number of dualities in Hybrid Moments (Hybrid Mix by Neurobash)  that make it a bit more special. In addition, this is a song that shows multiple forms to the vocals as it keeps N0emi's vocals pure through most of it, the echoing is done at the right moments. The fact that she also does the chorus vocals with a distinct difference in presentation along with a softer tone makes for vocals that are as diverse as the music itself is.