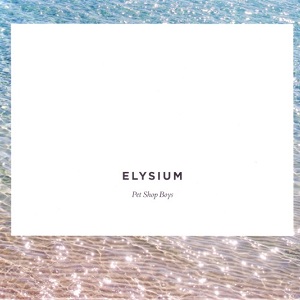 Who (Band): Pet Shop Boys are the most successful duo in British pop chart history. Their dominance was felt in all the world during the late 1980's and the early 1990's. They have had a long list of hits globally and have proven that even now that they can evolve with the music world and still be a big contributor.

What (Band): Few bands have survived the ending of one genre and progressed in other genres. With the "death" of 80's and New Wave music there were many bands that lost direction or just called it a night. The Pet Shop Boys were one of the defining forces in New Wave, 1980's pop, and have been one of the foundations to modern synthpop. Even today, their music from more than twenty years ago is just as well liked as the music they release today.

Why (Song): Face Like That shows elements of what was symbolic of The Pet Shop Boys and the direction they have taken today. The fact that both elements are different, yet still can be bridged as this song has shown gives a keen insight to the progression of the band.

This  particular song may not be the one getting the focus by the labels and the promoters, but it is one that shows many of the elements that makes Pet Shop Boys so great. Face Like That is still soothing like the other  songs on the album, Elysium, but also has a little bit of an edge that was in many of their earlier songs.

Where (Song): Much of the music on Elysium is a bit too mellow for a club and thus is good for a synthpop radio station. Face Like That is still pretty mellow, but has enough of an edge to make it perfect for a mellower set in any club. It is also perfect in that it has a smooth feel to the music with elements that are in synthpop, dance, and trance.

How (Song): As mentioned, Face Like That is a little more aggressive in rhythm than the other songs on this album. That with the ties to the other songs makes it have the potential for being a dynamic transitional song for a setting where multiple speeds of music or genres are played. It is also perfect for any mellow or romantic tone that is being set.

Blend with a dash  of sea salt.

Draven Taylor's Note: I think I can mirror what many would say, I grew up to much of their music. It was always in the clubs and the radio. The Pet Shop Boys were as iconic for the 1980's and 1990's like New Order, Real Life, and a small list of bands that evolved beyond the one hit wonders. To see that their new album is out and has a bunch of good songs is uplifting. To find a gem like Face Like That which has a feel to many of their older songs is endearing to me for a band that I never really wanted to fade away. They have disappeared and are still making good music in a style fitting to their strengths, synthpop.