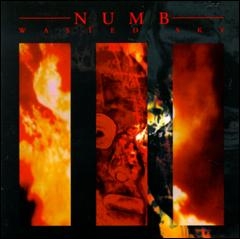 Who (Band): Numb was an electro-industrial and industrial ambient band that existed from 1986 through till 2000. This Canadian band still existed even after one of the three key members moved to Vietnam.

What (Band): There have been a number of bands that have been in both of the respect genres that Numb has focused in, but there are not many that have also touched other genres with their music. Number would make a variety pack of mixes to their music and some of these found homes in EBM, Dance, and even to an extent metal.

Why (Song): Numb's song blood was one that had a brooding tone that made it dark in its style, but also a strong dance beat that made it a good club combo for different genres.

Where (Song): Blood truly shines in sets where the music has a darker and forceful tone to it. Songs like Nine Inch Nails' Ringfinger, Carfax Abbey's Right As Reign, and Leaether Strip's Japanese Bodies are good mates in a set with Blood.

How (Song): Blood is one of the songs by Numb that has had a number of remixes not done by the band. These can be found in a number of compilations and have brought many to a surprise when they found out that Blood was one of the less ambient songs by this band. Their exploration into the music world has been extensive and this has made many of their aggressive songs found surface in the most unexpected places.

Draven Taylor's Note: I was introduced by the song Numb when I  was covering for a club owner's FM radio show. He had a remix of the song on the compilation Art & Noise that he played for me a prior week. He left me a copy of the album so that I could get better acquainted with it and I was hooked. After months of hunting I was able to gather up their  numerous albums and discovered the style of this band. To me, Blood is the easiest to play and the original is still the best.

Stir with an ice pick, mix in some Hemlock to flavor.