Algorithm Of None (Dying Motion) by Aeon Sable 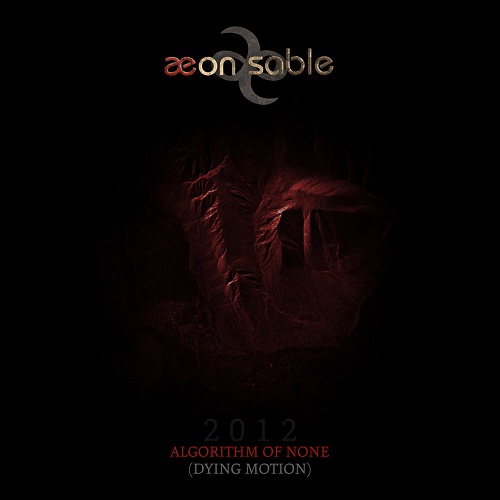 Who (Band): Aeon Sable is the creation of Din-Tah Aeon and N1n0. The music from this band is a powerful mixture of unique melodies that commonly fits into the Gothic rock genre.

Perhaps what makes Aeon Sable so unique is that their music may fall into certain genres, but they have mastered how to not be bound by these genres in their powerful expressionism of the form of melody. This makes them a band that stands out from the masses, but one that is sometimes hard to pin to only one genre. For classifying, that can make Aeon Sable a challenge to label. This can make Aeon Sable easy to miss which is tragic when a person has a chance to hear the music that these two talented artists make.

What (Band): Many bands strive to either mold their music into a set style or genre. Many times this is with the intent to have it more marketable to the fans in multiple regions. Aeon Sable's focus is always on being true to their music and in how they present it to their listeners. This makes their music a professional product while also being raw at an emotional level that few bands of any era or genre can compete with.

Why (Song):  In the past Aeon Sable would release an album and present it  to the masses of the music world. This time around they have released one song as a sample of what is slated for their upcoming album, Saturn Return. Many bands have done something similar in that they release a single that will have one song with various remixes on the single. Aeon Sable has let Algorithm Of None (Dying Motion) stand on its own as a singular representation of the album. This can be sometimes really risky as a song can bomb and kill any momentum that the actual album could have.

Where (Song): There are a number of modern Gothic rock bands that have released albums that they have tried to draw from the old magic from the 80's and give it a modern representation. Most times these artists will ruin this  fusion of eras and will either have a new song that is trapped in the past or have a song that is modern, but lacks the dark elegance that was symbolic of the old Gothic rock.

Algorithm Of None (Dying Motion) beings a balanced mixture of the old mood and tone with a new approach. This fact alone makes this song a true gem for anyone that loves the music from this older genre and also is a powerful bridge to some of the children genres that are thriving in the music world today.

This song can be played in any set that draws from the older Gothic rock bands, mellower Gothic Metal, and even alternative rock sets. Algorithm Of None (Dying Motion) could even be a perfect addition to a Gothic folk or a dark wave set for radio or in a dance club. Keep in mind that this is perfect transitional song for the older songs and the newer songs of these genres as long as the music is darker in tone and mellow in nature.