Who Killed Mr. Moonlight? by Bauhaus


Bauhaus has been seen as not only one of the fathers of Gothic Rock, but also one of the bands that set the tone to this style of music. Who Killed Mr. Moonlight? is one of the two songs from Bauhaus that also helped lay the groundwork for dark wave music.

Who Killed Mr. Moonlight? has been one of the rare songs that has stood out from the bulk of the Bauhaus collection, with its slower tempo and empathic style. The piano guided melody gives a different style, than the typical guitar driven style that dominated much of the gothic rock genre. This and the more simple format of the song have given it a more raw and emotional design that can be potent in a dark wave or a mellower gothic rock set.

It has been said that David J (the one that sings this song) sang this to Peter Murphy (main vocalist for Bauhaus) when we was stricken with pneumonia. If it true, then this song has some special inspiration behind it. It is know that Mr. Moonlight used to be a political call sign centuries ago in Ireland, if that had any meaning to this is possible. What is known is that they lyrics and the harmony of the song give a haunting image.

Draven Taylor: My introduction into the Gothic world was in the form of a compilation given to me by a friend's brother. At the time, I hated that the compilation had no track list as it had a number of songs that I found intoxicating. Who Killed Mr. Moonlight? was the one song above all others that spoke out more to me than the rest. The emotions it stirred have only been touched by one other composition, Moonlight Sonata. It was upon first hearing Who Killed Mr. Moonlight? that I knew no matter what I was going to find out who sang it. It would be months later and countless hours of searching that my labors would bear fruit. I had found the album Burning From The Inside by Bauhaus. I also found many other bands that I would have never known save for the course of this journey. In a sense, you can say that Who Killed Mr. Moonlight? laid the groundwork to the passion I have for the music I play. It also was fundamental to the joy I find in new music and in sharing it to the listeners I have today. It is fitting that the first Song Of The Week be the first song that mattered most to me. 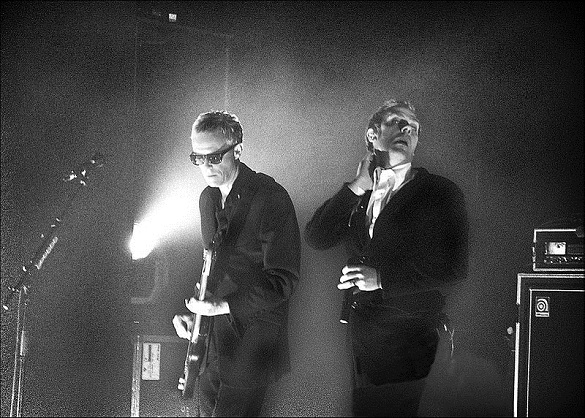