Skin And Lye by Malign 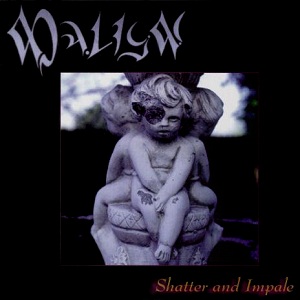 Who (Band): Malign is the musical vessel of Xavier Haight. Originally from San Francisco, California, he created one album called Shatter And Impale. This album is still in circulation through Anubis Recordings.

What (Band): Despite only having one album out, the album had a huge impact on countless bands in the Gothic Rock and Dark Wave genres.

Why (Song): Sky And Lye is perhaps one of the iconic songs for what Gothic music truly is. The dark tone, the fluid mood, and the haunting vocals make this one of the songs that has evolved into a club classic.

Where (Song): This is one of the few songs that will make anyone pause. Skin And Lye sounds more like a theme song for an epic vampire movie with all the classic tones it presents. For clubs, it is best in a slower setting where you are playing darker, brooding, and seductive music. It is a potent combo with songs like Worlock by Skinny Puppy, This is Heresy by Christian Death, and even Bloodletting by Concrete Blonde.

Draven Taylor's Note: Malign was one of the first bands I had the joy of discovering when I was knee deep in making compilations, DJing, and hunting for new music. Even after a few years of doing shows and being mentored by one of the best Gothic DJ's I have ever had the honor of knowing I was still discovering I didn't know anything about the Gothic genres. A song like Skin And Lye  is a gem that has been inspirational for all that I have done since, and it still inspires me with many of the shows I do today. Thank you Xavier for this gift you have given to the world, you are a rare talent.

Cocktail (sounds like): 1 part Switchblade Symphony + 1 part London After Midnight + a dash of Bloodletting by Concrete Blonde. Slowly mix in the moonlight......