Lotion by The Greenskeepers 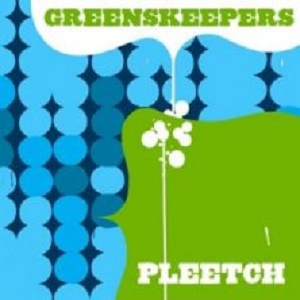 Who (Band): The Greenskeepers are an alternative rock band from Chicago, Illinois. From 1999 until 2001, the band was a joint venture of both James Curd and Nick Maurer. After their first single, Maurer moved to Germany and Curd would continue the band with a variety of other talents.

What (Band): James Curd had a deep passion for electronic instruments and this is reflected in much of the Greenskeepers music. It was perhaps one of the drawing factors for some of the talent that had brief stints in the band including John Peel's involvement in 2001.

Why (Song): There are many songs that had samples of movies within their melodies, but Lotion was one of the rare songs that included a movie in a different method. Lotion was almost a tribute to the character Buffalo Bill from the movie Silence Of The Lambs. This approach and the almost funk mood of the song gave it almost a humorous and haunting tone. This combo made Lotion probably one of the best songs in tribute to a figure that was unorthodox and terrifying in a horror thriller classic.

Where (Song): Lotion isn't FCC compliant which means that it can't be played on United States FM. This also means that it may not be allowed to be played in other FM stations in the world. This is due to some profanity where the band has some of the dialog of the movie incorporated into the lyrics.

The one reconsideration of this is the lyrics and the disturbing topics it presents. Be sure it is played in a show and/or station that is best suited for it. This also applies to dance clubs. The slow and methodical rhythm is good for slower sets. The dark nature of the song gives in more of a macabre setting, bad for a romantic set...perfect for a set with songs such as Bloodletting by Concrete Blonde or Down There With You by Leaether Strip.

How (Song): The mood in Lotion gives this song a stand alone perspective to the other work by The Greenskeepers. Much like Stay by Shakespeare's Sister, Bloodletting by Concrete Blonde, and even Venus In Furs by Velvet Underground; Lotion is a song that has qualities that makes it a standout. Like the other mentioned songs it is a standout when compared to the collective of each respective band also mentioned. This doesn't diminish each of these songs or the bands, just that these songs has a unique approach and direction.

Draven Taylor's Note: There are songs that have a flair of humor to them and are entertaining to the listeners. Typically they are good end caps to a show, and this is where Lotion greatly differs. The darker mood and tone of the song makes this song perfect for any set that has a dark undertone that you just want to push a little darker down that rabbit hole.

Cocktail (sounds like): 1 part 70's funk + 1 part alternative rock + a ton of dark inspiration with a dash of humor.