Blood, Sweat, And Tears by Angels On Acid 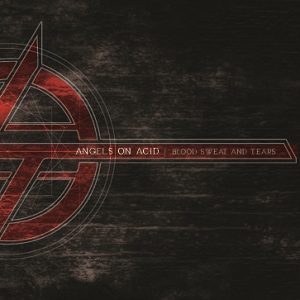 Who (Band): Angels On Acid is the creation of Michael Banks. He has had other people involved with the band, but when it all comes to it he is the heart, soul, mind, and voice of what Angels On Acid truly is.

What (Band): There are two types of bands: those that adapt to the shifts in music and those that make the changes for the shifts to happen. Angels On Acid has been one of the visionaries that has forced many of the electronic genres to shift to their own distinct style of music.

Why (Song): Blood, Sweat, And Tears is the title song on the second album by Angels On Acid. On the album there is the original song and 5 remixes. It is the song that sets the tone for the album and is one of the best representations of all the music by Angels On Acid.

Where (Song): Blood, Sweat, And Tears is actually a really good song for a more upbeat tempo show or set at a club. It is also one of the songs that can play a vital role to any DJ or RJ that links to have transitions in tempo and mood.

How (Song): There are many bands out there that do Agrotech, more that do Trance themes, and even more in the EBM world. Blood, Sweat, And Tears may be one of the more aggressive songs by Angels On Acid, but is also one that shows elements that makes this band an elite band. Blood, Sweat, And Tears, like the other songs by this band gives elements that are not set in one genre. It is a song like this that truly shows that this is a band that has all the potential in the world.

Draven Taylor's Note: Angels On Acid is a band that have evolved through the years. It also is a band that has shown that genres are guidelines in music, not straight jackets. Michael has shown a mastery in presenting songs that can easily fit in two or more genres and not get muddled. Many bands could learn volumes in just hearing the approach that many of the Angels On Acid songs give. They show that a band truly can present diversity in their music and not at the sacrifice of who they are as a band or the direction of the band. I am very eager to see the next album they create.

Cocktail (sounds like): 1 part Mordacious + 1 part Here's To You by System Syn + 1 part Trance  Mix in a paint shaker  and sprinkle a little agro-aggression on top. Into The Void by Angels On Acid Haunt Me by Angels On Acid Undead by Angels On Acid