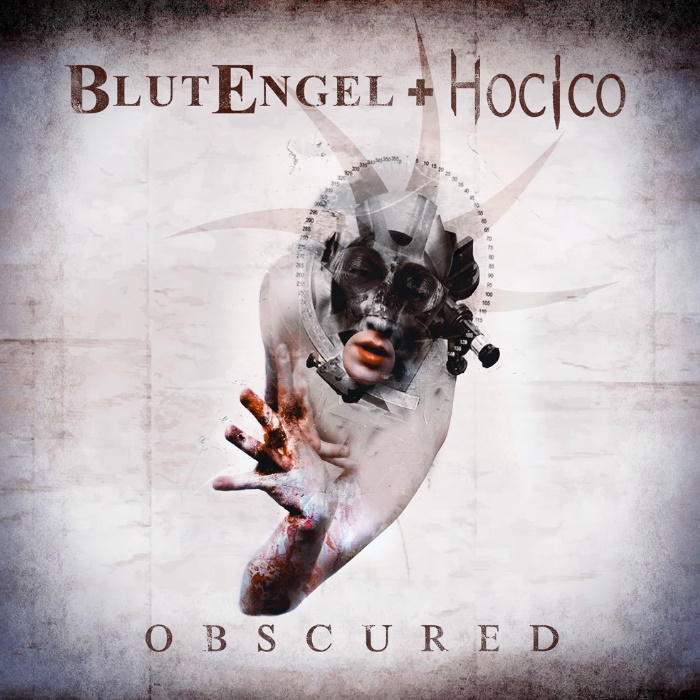 Two institutions of the Dark Music! Two pioneers in their profession! Blutengel and Hocico do not only join forces for the „Living The Darkness“ tour, but as a celebration they release the single „Obscured“ together!

Not really alike on the first view, there are a lot of things that Blutengel and Hocico have in common: Both developed a unique style and turned the black scene upside down with it. Both were never afraid to use new influences without weakening their spirit. Both are at Out Of Line since the early days. So it was just a matter of consequence to bring those two bands together for the „Living The Darkness“ tour. However, the musicians decided to step further: „As it was confirmed that Hocico will tour with us, Erk said, that we should do something together“, Blutengel vocalist Chris Pohl comments. “I thought that this idea was great, so Racso and I wrote this song in two days.“ Hocico frontman Erk Aicrag adds: „We know each other for a long time so we decided to give a music collaboration a try. We are very happy with the experience and the tune in itself!“ Of course Chris, Erk and Racso couldn‘t resist to do their very own versions of the song on the single. „Obscured“ will be released as limited and numbered CD-Digipak.